2 Remembering the Alfa Romeo Busso V6, One of the Best-Sounding Engines Ever Built

Still in production today, the 30-year-old VR6 is one of the most innovative engine designs of all time. During its lifespan, it powered a huge list of VW Group vehicles, including the van-based VW Caravelle, Porsche’s first SUV, the Cayenne, as well as pocket rockets such as the Golf R32, or the New Beetle RSi.

Volkswagen VR6: The Odd, Yet Brilliant Member of the Legendary Six-Cylinder Club

If you aren’t familiar with this famous engine, let’s start with what makes it special. Not quite a V6 and definitely not a straight-six, it is a brilliant combination of both. The VR6 features two narrow-angle, overlapping banks of cylinders that share a single head. In even simpler terms, it’s a powerplant that incorporates six cylinders in a block roughly the size of a straight four unit.

This peculiar, yet innovative design that merges the V and straight engine architectures inspired its name. The V, of course, stems from the arrangement of the banks, R comes from the German word for a straight (inline) engine (Reihenmotor), while the 6 highlights the number of cylinders.

Like all established carmakers, Volkswagen’s Research and Development Division has been experimenting with atypical engine designs for decades. The idea behind the VR6 was born in the late-1970s when engineers were looking to develop a six-cylinder that could exceed the limitations of both the V and the straight designs. The goal was to create a powerful, smooth-running unit that could be transversely mounted in narrow engine bays typically occupied by inline fours.

A working 2.0-liter prototype was born in 1978, but it was far from perfect, so development continued for the next decade. The VR6 finally entered production in 1991 and was available in two displacement versions in the B3 Passat, and the beautiful Corrado 2+2 liftback coupe.

Unlike the prototype motor, these mass-produced variants displaced either 2.8 or 2.9 liters and utilized the same base architecture. The cylinder banks were placed at a 15-degree angle inside a grey cast iron block, the same material used for contemporary iterations. At the bottom, it featured a die-forged steel crankshaft with seven main bearings. On top of the block, a cast aluminum alloy head was mounted. It came with double overhead camshafts (DOHC) and two valves per cylinder. The electronic fuel injection systems with six fuel injectors mounted on the intake manifold were supplied by Bosch and featured different ECUs on the two original displacement versions.

The output was rated around 170 hp for the 2.8-liter (codenamed AAA), whereas the slightly larger 2.9-liter (ABV) that was initially available only for the European market Corrado was rated at 188 hp.

As it proved to be very successful, Volkswagen decided to use the VR6 on other popular models like the Golf, Jetta (Vento), or the van-based Caravelle. It was also used on the Ford Galaxy (VW Sharan, SEAT Alhambra), a joint venture product between the American manufacturer and the VW Group. Believe it or not, even Mercedes-Benz liked the VR6 so much that it “borrowed” it in 1996 for its W638 Vito, a direct competitor to the Caravelle.

The powerplant was revamped in 1999 when the 2.8-liter received a new head with four valves per cylinder. Two years later, a 15-degree, 3.2-liter, 24-valve version with a fuel stratified injection (FSI) system was introduced, followed by an even bigger 3.6-liter in 2005. By this time, it was marketed as a V6 and was used by all of the corporation’s automotive brands, except for Bentley and Lamborghini.

Although it provided enough power to make the Corrado and Golf (Mk 3 and 4) exciting, the first, true high-performance model to use the VR6 was the 2001 New Beetle RSi. With 221 hp on tap courtesy of the 3.2-liter version, it wasn’t mind-blowingly powerful, but it handled surprisingly well thanks to the Porsche-tuned suspension and the 4Motion all-wheel-drive system. Moreover, it was equipped with a Remus twin-pipe exhaust from the factory and, as you can hear in the video below posted on YouTube by AutoTopNL, it sang a race engine tune that would send shivers down your spine.

The next pocket rocket that got the 3.2 was the 2002 Golf R32. Based on the Mk4 Golf, but sharing many mechanical components with the Audi TT, this splendid hot hatch could deliver 238 hp. For the Mk5 generation, the innovative motor returned, and it could deliver 10 additional horses.

In its most powerful form, the 3.6-liter VR6 can deliver 300 hp. Unfortunately, no high-performance VW Group model was ever fitted with this engine. The only one that came close was the B6 Passat R36 which got some sporty exterior features, Recaro buckets, a dual-clutch (DSG) gearbox, as well as the 4Motion system but lacked the suspension tuning of the RSi and R32.

However, a 2009 coupe called Artega GT came with a 3.6-liter fitted behind its two seats. Designed by Henrik Fisker, the current CEO of Fisker Inc., this limited-production sports car was the first and only vehicle to use a mid-mounted VR6.

Regardless of the displacement, the engine was capable of more than it could deliver in factory spec, and the European tuning scene harnessed that potential. Many aftermarket manufacturers offer a wide range of upgrades that can easily increase power by about 25 to 35%. Add a turbocharger or two to the mix and the factory output can exceed 600 hp.

As I mentioned at the beginning of this article, the VR6 is still being produced today for the Volkswagen Atlas and its Chinese counterpart, the Teramont, but its days are numbered since the company’s lighter, more fuel-efficient, turbocharged straight-four is reaching the same levels of power.

Nonetheless, it remains one of the most innovative mass-produced six-cylinders of all time. Its design inspired the creation of the W12, where two 15-degree VR6 units are joined in the same block, but also Bugatti’s amazing W16. 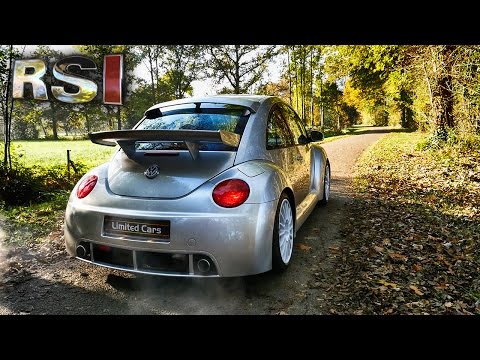