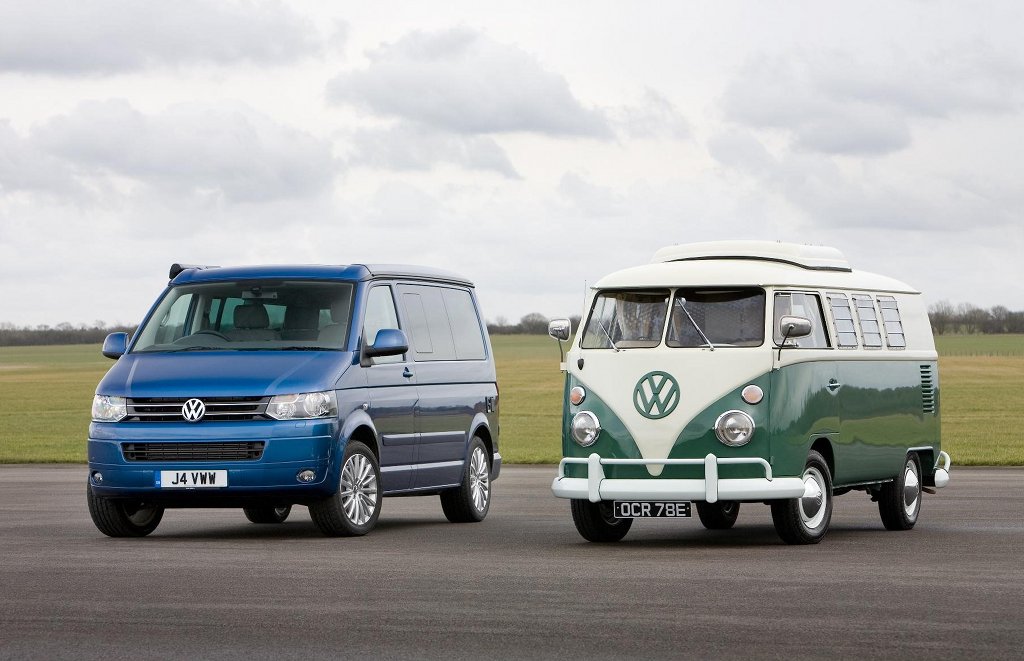 60 years ago, the first unit of what was to become one of the world’s most popular vans rolled out the production line - we are talking about the iconic Volkswagen Transporter, which celebrates its 60th anniversary this month.

Over 10 million Transporters have been built over the years. as five generations of the commercial vehicle came to the world. Each of these was available in a wide variety of body stiles.

The first Transporter was a T1 “split screen” that used a four cylinder air-cooled 1.1 liter petrol engine. The unit was mounted at the rear of the vehicle, offering 25 HP and allowing the van to reach a top speed of 60 mph (98 km/h). The contemporary incarnation of the Transporter is powered by a 2.0 liter turbocharged diesel unit that features common rail injection. The unit is offered in different power stages, with outputs ranging from 84 HP to 180 HP. The most powerful version can push the van up to 119 mph (190 km/h).

The T1 also featured a special traveling edition, the campervan. Such a model can also be found in the current Transporter line-up - now the model is called “California”.

This is how Volkswagen describes the Transporter’s history: “Over the years, Volkswagen Transporters have endured challenging round the world trips by enthusiastic travelers, been used as the preferred choice of travel for rock bands since the 1960s to the present day, and been relied upon by many businesses needing a fleet of delivery or passenger carrying vehicles.”