2 FIA Announce WRC Manufacturer Entry List for 2009
Up Next 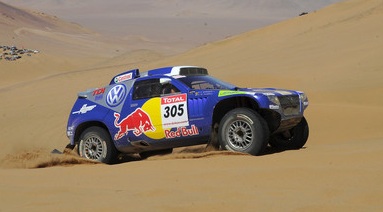 Volkswagen may enter the World Rally Championship soon. The German manufacturer announced they are eyeing a WRC move next season, but they are waiting until after the end of this year's Dakar Rally to decide how their programme is going to look (if any).

“We want to make a decision after Dakar. We have looked at the World Rally Championship and we have been keen to investigate whether this would be possible, as well as the Dakar or instead of the Dakar,” said Volkswagen motorsport director Kris Nissen, talking to Autosport magazine.

If deciding to make the move to the WRC, the German manufacturer will most likely do so (as a works team) in 2010. In December 2008, the International Automobile Federation (FIA) introduced the S2000 rule – all cars competing in the WRC will be S2000-based – with effect as of 2010. That would provide Volkswagen with plenty of time to develop an S2000 machinery through the course of 2009.

Also, the budgets are likely to be cut by more than 30% in 2010, which would make a WRC entry more attractive. The FIA are hoping the new cost-cutting measures introduced in the championship from 2010 onwards will lure other manufacturers to enter the sport. Subaru did not rule out a future return to the championship, while Peugeot are also likely to start 2010 as a works team.

At the present time, only Citroen and Ford have managed to save their WRC programmes for 2009. Subaru and Suzuki withdrew from the sport in December 2008.