2 VW Isn't Playing the "How Many Gears Does Yours Have?" Game, Drops 10-Speed DSG

Volkswagen’s dual-clutch gearbox, the DSG, is now a cause for litigation over patent royalty fees.
4 photos

Dr. Wolfgang Schreiber, the former CEO of Bentley, and also the head of the transmission development from 1996 to 2003, has sued the German corporation.

According to the Germans at Der Spiegel, Schreiber has requested hundreds of millions of Euros, but the amount has not been confirmed by official sources.

However, a spokesperson representing Volkswagen has confirmed that Dr. Schreiber had formally requested compensation from the Volkswagen Group, but refused to provide further details. It was reasonable for the VW representative not to provide information on the topic, since the legal dispute is ongoing and far from resolved.

The same German magazine stated that Dr. Wolfgang Schreiber had refused an offer of 20 million euros (roughly $22 million) in compensation for the development of the DSG gearbox, and was now seeking “adequate” payment.

With seven years at the helm of Volkswagen’s transmission development department, right around the time when the DSG gearbox was being developed, Dr. Schreiber’s name is probably in many patent applications.

The Volkswagen Group installed the DSG gearbox and its derivatives in millions of vehicles, thus the resulting patent royalty demands.

German media reports that Dr. Schreiber is listed as the inventor on some of those patent applications, which could help him land a significant payment from the Volkswagen Group.

DSG is an abbreviation of Direct-Shift Gearbox (or Direkt-Schalt-Getriebe in German) and is an ingenious blend of two manual transmissions that operate together without a conventional clutch pedal.

The first of its kind was developed by Porsche for its 962 racing cars, but passenger car adaptations had to start from a clean sheet of paper.

It is worth nothing that BorgWarner designed the transmission, and that it is licensed to the Volkswagen Group. It first appeared in Volkswagen products in 2003, but has since known lavish adaptation in the corporation’s offering. 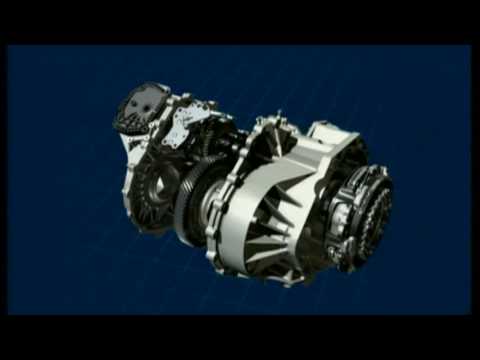