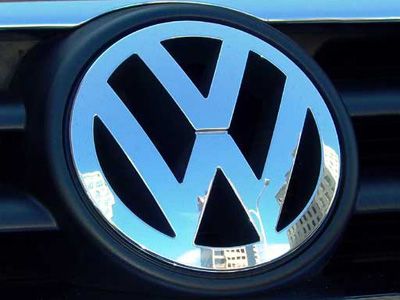 Volkswagen announced 2010 was its best year ever when it comes to passenger car sales. The German automaker ended the year with a record 4.5 million cars sold worldwide, or 13.9 percent more than the 3.95 million the company managed last year.

“Thanks to its innovative and environmentally-friendly new models such as the Touran and Sharan, Touareg and Passat, the Volkswagen Passenger Cars brand has come up with an excellent performance in a difficult market environment and significantly strengthened its competitive position,” Group Board member for Sales Christian Klingler stated in Wolfsburg on Friday.

Volkswagen Passenger Cars reported a big increase in buying interest for the brand’s products in key markets such as China, the USA, Russia and India. A very impressive 1.51 million Volkswagens were bought in China last year, marking an increase of 35.5 percent over the 1.12 million sold in 2009. The results, that include cars sold in Hong Kong, make China the biggest buyer of the VWs.

US customers bought 256,800 cars made by the automaker last year, 20.3 percent more than in 2009 when only 213,500 vehicles were shifted by US dealers. In Russia, vehicle deliveries ran at 58,900 units, representing a year-on-year rise of as much as 49.1 percent. More than ten times as many models were sold in India last year, making the Asian country the company’s fastest growing key market.

Brand deliveries in the entire Asia-Pacific region were up 37.6 percent to 1.65 million vehicles, while the number of vehicles delivered by Volkswagen in the North America region rose to 406,400 units, and the brand reported a 2.9 percent yearly increase in South America to 756,500 units. In Europe, deliveries remained largely stable, with the Volkswagen brand handing over 1.55 million cars, 1.2 percent less than in 2009.