1 1978 Volkswagen Type 2 Westfalia Camper Is Perfect as a Project, Hides Some Surprises

2 Scout Will Have Its Own Factory in the U.S., Volkswagen Soon to Decide on a Site

3 The Force Is Strong With the New VW ID. Buzz 'Light Side' and 'Dark Side' Concepts

5 Volkswagen's ID. Models To Get Bidirectional Charging in OTA Update
Car video reviews:
Up Next

Since 2005, Rainer Zietlow is the man who brought together Volkswagen cars with long-distance driving challenges, constantly exceeding the limits of what a man can do with his car.

Recently, a new Guinness World Record has been set after Rainer Zietlow and a Volkswagen ID.4 GTX crossover equipped with Tenneco’s Monroe Intelligent Suspension CVSAe technology climbed the Cerro Uturuncu volcano located in South America. It was the first time when an all-electric passenger car reached an elevation of 5,816 meters (19,081 feet) on an upaved mine.

“Our goal was to show that electric mobility is capable of high performance even at extreme altitudes,” said in a statement after the achievement Rainer Zietlow. “Electrical drive even has an advantage at such altitudes because it does not rely on oxygen from the air.”

For the merit to be 100% ID.4 GTX's, Zietlow and his team explored carefully the area of South American mountains, as to choose in the end the perfect trail that would bring them a new world record without the help of any additional equipments. Only their wheels and the driver's skilfulness. On the Argentina-Bolivia route, the team used the Enel X Way wallbox network to recharge the vehicle, and for a distance of 2,885 km (1,793 miles) the car needed recharging around 10 times.

“We congratulate Rainer and our friends at Volkswagen AG, and share in their great pride in the many impressive achievements of the ID.4,”said Henrik Johansson, vice president and general manager, Advanced Suspension Technologies at Tenneco.

As it has been customary since the founding of CHALLENGE4 GmbH in 2005, Rainer Zietlow is supporting charity organization SOS Children’s Village with a donation after his world record drives – this time the SOS Children Village in La Paz. 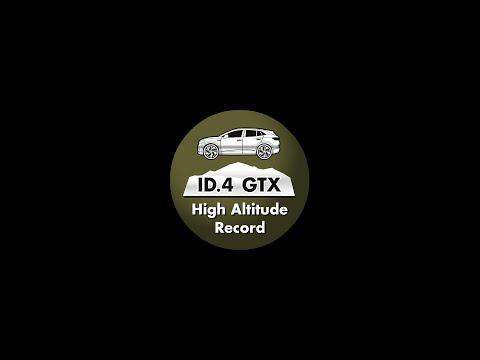