3 Prius Rules Over Japan
Up Next

Volkswagen Goes After Toyota Through China... 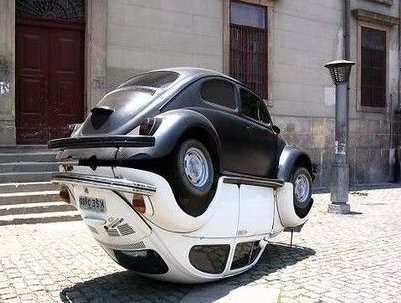 ...and plans to skip GM in the process. The third ranking automotive manufacturer Volkswagen has set its sights on the top spot, occupied, still, by Toyota. GM seems to be, in their plans, just a minor hick-up...

Of course, don't expect to see Volkswagen leading the pack sooner than 2018. This is the year set by VW CEO Martin Winterkorn as the D-date for his company to become no. 1. The main driving forces behind this dream are the record sales registered by the German manufacturer in 2008, when it sold 6,271,724 vehicles and grew some 1.3 percent. Not much, you say? Indeed, not much, HUGE, giving Toyota's 4.2 percent fall registered the same year.

Although 2009 has not proven to be the most automotive friendly year on record, Volkswagen has done better than its rivals. But, as all its rivals, it now relies heavily on the Chinese market, where the group posted a "never-would-have-thought" 22.7 percent increase in the first half of the year.

The Volkswagen Group, including its joint ventures, sold no less than 652,222 units in China, including 538,969 Volkswagen-branded vehicles.

"China is currently a spotlight in the international automotive market," Volkswagen China President Winfried Vahland said in the statement quoted by Autonews. "The increase of our deliveries to customers has been in line with the market growth in China, which benefited from the effectiveness and the success of the Chinese government's incentive automotive policy."

So far, Toyota does not look worried. With a new management and about the same strategy, the company places most of its faith in the Prius and a few upcoming hybrids.