2 BMW Celebrates 80 Years at Techno Classica
Up Next 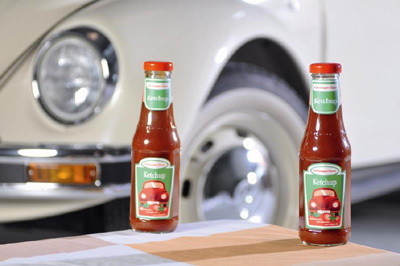 German carmaker Volkswagen announced it is preparing a series of quite unusual products for the 2010 Techno Classica show taking place these days in Essen, including a limited edition... ketchup. According to Volkswagen, there will only be 1,000 bottles available.

The limited edition ketchup also has a thicker consistency than standard ketchup and a unique flavor, the recipe for which is as guarded as any classified automotive R&D project.

Aside from this culinary product, Volkswagen will also be presenting a range of various vehicle models, from “the K70 which debuted over 40 years ago and the Iltis all-wheel drive icon which was first seen 30 years ago, to the Golf Country Crossover produced 20 years ago and the Tarek off-roader which preceded the Touareg.”

As said, apart from the Ketchup (!), other highlights of the Techno Classica 2010 include: