3 Infiniti to Open 12 Centers in the UK

5 Nissan, Infiniti Lose Ground in North America
Up Next 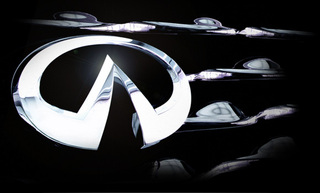 Infiniti is trying a different approach when it comes to new car launches as it intends to virtually launch the next-generation M sedan at the Pebble Beach event. What exactly does that "virtually" mean? you might ask. Well, the Japanese manufacturer will show people the new sedan, but the car won't be actually there.

The company will instead create a high-quality rendering that will project a full-scale car, allowing those who will attend the Pebble Beach Concours d'Elegance in August to get a full preview of the new car. As for the real thing, the production-ready M sedan won't arrive sooner than December, Inside Line informed.

"The car will look like it is actually there. It will be full-size, and, if you didn't know it was a virtual mapping, you would think it was the real thing from a distance. It gives consumers a preview of the vehicle in advance of its December debut, before any actual vehicles have been built," Kyle Bazemore, Infiniti senior manager of product communications, was quoted as saying by the aforementioned source. "It's a really good-looking car, and we're excited to get it out there."

Enthusiasts who can't attend the event next month can still witness the first preview of the Infiniti M via the official website of the company which will broadcast the presentation live for all visitors.

The car is expected to arrive in dealerships in the first quarter of 2010 but more information is expected to be released in the upcoming weeks as we get closer to the official debut at the show.