Although it seems like the entire world only has eyes for crossovers, SUVs, and trucks, this impression is not entirely accurate. Automakers are still catering to their flagship sedans with due diligence.
19 photos

In between presenting their first electric crossover (GV60) based on the parent company’s E-GMP modular BEV architecture and going for a little dynamism with the G80 Sport, Genesis still has time for more. Well, that includes preparing a new flagship sedan generation for the Hyundai-owned luxury brand.

The 2023 Genesis G90 has been spied on numerous occasions while the automaker’s engineers were testing prototypes, so we know it’s only a matter of time before it sheds all the heavy camouflage. Before that’s officially possible, we can always rely on the gossip world – more precisely on virtual artists.

As such, leave it up to the good folks over at the Gotcha Cars channel on YouTube to provide us with an unofficial, possible look at the undressed G90. Already around for more than half a decade and owner of a rather pretentious refresh since 2018, the next iteration of the range-topping limousine is almost ready to head out into the world and battle the rest of the four-door luxobarge crowd.

No need to remember which ones are the most common rivals for the South Korean premium sedan. That is because after speculatively getting rid of the thick layer of camouflage the G90 also goes into a quick battle with some of them. The first video covers the front point of view for the Genesis luxobarge and only pits it against the German luxury trifecta.

Meanwhile, the second video embedded below, which is a tad older, made sure to give us the rear three-quarters POV of the G90 and also went for a quick digital skirmish not only against its (soon) former self but also against a wider crop of competitors. Including the aging Jaguar XJ. Good to know the stylish Brit hasn’t been forgotten by everyone, even if that probably doesn’t translate into sales. 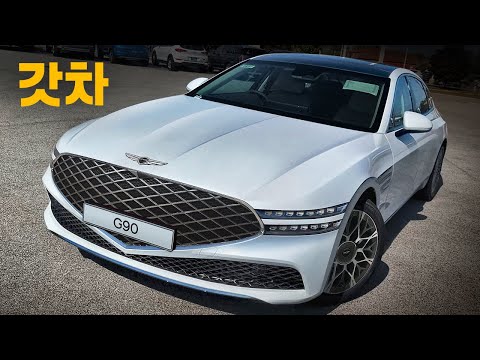 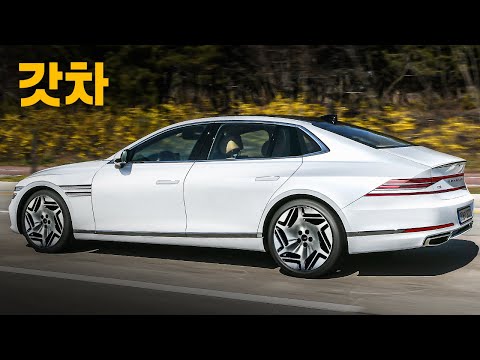