Virgin - Brawn Deal to Expire after the Malaysian Grand Prix 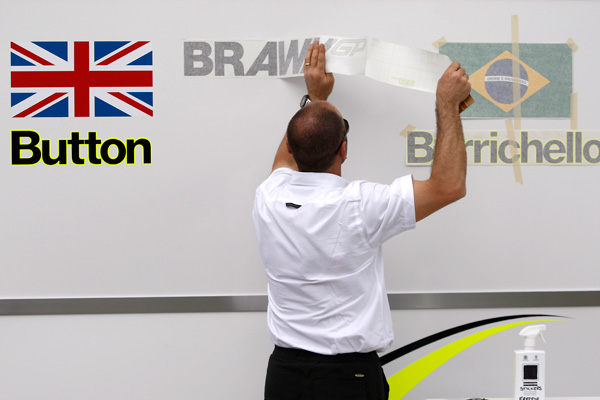 Virgin Group's sponsorship deal with Brawn GP is due to expire shortly after the Malaysian Grand Prix this weekend. As shown by a report from SportsPro, the financial deal between the two companies was reportedly signed only for the Australia-Malaysia double header, consisting of $250,000 a race.

The Virgin logo appeared on the Brawn GP cars during the Australian Grand Prix last weekend following a late deal completion signed by Branson only days before the season opener. The company's logos was reportedly sent via an e-mail from London and cut into vinyl stickers in Melbourne, as appeared in a report from GMM news agency.

The two Brawn GP cars topped all expectations last weekend, clinching the front row in qualifying and ending the race in the two top spots (Jenson Button led team's first 1-2 in F1). The immense success in Australia soon led to rumors that Branson is already considering purchasing the Brackley-based team, as the British millionaire himself admitted this is a possibility in the near future.

Branson also revealed that he is likely to renew his sponsorship deal with Ross Brawn's team as soon as the chequered flag will be waved over the Sepang race. However, he did not disclosed any further information on the new deal. He also pointed out that an extension of the current Brawn – Virgin deal will only be possible if the British team doesn't find a better sponsor in the meantime.

“We are a virgin bride, and they may find that someone comes in and offers them something even better before we marry up with them,” said Branson, according to the aforementioned source.

Brawn's other sponsorship deal – leading sponsor – was signed less than a week before the start of the season, with British clothing manufacturer Henri Lloyd. However, it is believed that team's incredible 1-2 in Australia will attract a bunch of new sponsors in short time.