5 This Bike Tail Light Keeps Drivers at a Distance and Makes the Road Safer
Car video reviews:
Up Next

There’s no better way to get someone to remember something than with joy or laughter. Sure, there’s the opposite spectrum where fear is used, but we’re not living in the dark ages anymore, right? According to the Danish Council for Safe Traffic, some bicyclists refuse to get with the times and wear safety helmets.

Viral Video Pokes Fun at Cyclists: "Helmets Have Always Been a Bright Idea"

To help change people’s perception of helmet wearing during activities like bike riding, the Danish Council for Safe Traffic teamed up with &Co advertising agency to release a video that stresses the importance of helmet use in a time long before bicycle riding, but in one of the most entertaining ways I've seen in a long time.

The video transports you to Denmark in the year 893 A.D. Here, in a small Viking village, moments before troops embark on a journey to dominate English lands, you’ll meet Svend, their leader. Once mounted upon his horse, troops looking at him and waiting on his command, Svend’s son comes racing towards him with a helmet in hand, clearly bringing it to his father’s aid.

Not paying attention to his son, Svend’s comrade asks, “Svend, shouldn’t you be wearing a helmet?” to this, the leader answers, “No, it’s annoying. It makes my scalp itch.” Upon further insisting from his fellow warrior, Svend cuts the conversation short by stating that he’s a careful rider and kicks the helmet out of his kids' hand. Brutal, I know.

But, this sort of mentality has been witnessed by many of us. Heck, I myself have been a Svend and only wore a helmet in extreme cases of riding.

Svend on the other hand insists that he is a careful rider, even going as far as saying that the helmet ruins his Viking braids. Once those words are spoken, the head of the household (Svend’s wife) steps out and talks some sense into the macho rider by saying, “You can go looting and pillaging all you want, but you have to wear a helmet.”

Of course, knowing what’s good for him, our beloved rider accepts and puts on the helmet. Someone in the crowd laughs, but Svend’s comrade comforts him by saying, “I bet the English wear helmets too.” Helmet on and wayward to the ships, Svend ends the scene bumping his brain bucket on a wooden structure at the entrance to town. The words “Hjelm har alle dage Vaeret en god ide” (Helmets have always been a bright idea) then appear on the screen.

So, what was that all about? Well, the video makes a reference to the Danes' refusal to wear bicycle helmets if dictated by law for a series of reasons, some less logical than others. Now, this is a debate that goes back decades, and is surely not an isolated case, meaning that this refusal to wear a helmet is indeed a worldwide phenomenon.

Sure, the video portrays Svend as the average macho rider who is very sure of his own abilities to control his ride, no matter what it’s made of, but life does sometimes throw the unexpected at you, so do be sure to check out the video below. Maybe the joy and magic of it changes your opinion on wearing a helmet. After all, you can continue living life with a broken finger or arm (been there, done that; both arms at the same time, even), but the head's a different story. Everyone knows that all the king’s men couldn’t put Humpty back together again. 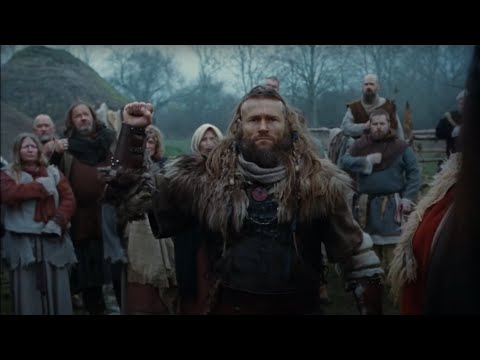