3 The New Age of Cycling Frames Is Here, and Urtopia Is One Machine You Need To Know About

4 Sturdy, Finnish-Made Ouca Cargo Bike Is Build to Carry Everything From Parcels to Children

5 Electra Is Spicing Up Your Grandma's Lifestyle With the Comfortable Townie Go! 5i E-Bike
Car video reviews:
Up Next

Last year there was a massive hubbub around a little Kickstarter project unveiling an e-bike designed and built by a crew out in San Jose, California. The product? The Vinci e-bike, a machine that appears to be inspired by the lines and geometries of café racers.

That was September 2021, and after hitting their goal of $112,200 for manufacturing the Vinci, everything seems to have stopped. So, what the heck is going on with the e-bike that promised just about everything we could want from one?

Well, let's start everything from the beginning. As we can see, the Vinci is a looker, the sort of e-bike that's sure to spark a few looks and questions if you ever take this out on a Saturday or Sunday morning. With a body outline inspired by café racers, suspension all around, and electric capabilities, it promised quite a bit. Best of all, if you pledged just $1,000 (€980 at current exchange rates), you were meant to receive an EV valued at $2,775. If you've worked in retail and/or sales, that alone should have made you ask yourself some questions.

For just $1,000, you would receive an e-bike with a 750-watt rear-mounted motor capable of carrying you around town at speeds upwards of 35 mph (56 kph). Reason two backers should have been cautious. Legally, that's beyond a Class 3 e-bike and typically is allowed to be used on private properties and closed circuits.

Let's face it, with that much power, fat tires, a body with suspension at the front and rear, a range up to 50 miles (80.5 kilometers), and countless other safety features like lights and brakes, this bugger was sure to catch the eyes of crowds all around the world, and it did. Heck, if the campaign was still active, I, too, may have fallen for this trinket. Check out the videos to see it in action and to hear designers and developers speaking about the project and what it took to make it happen. All pretty dang legit.

However, once the funding campaign had been completed, it seemed that things started to take a turn for the worse. It was then that people began to ask questions to which the creator of the project, Enzo Prathamesh Shinde had very vague and sometimes rather snappy responses. After one question regarding what's happening on this project, Enzo blames the current conflict in Ukraine as being the main factor affecting supply chains and the reason why this project not taking off. That was three months ago (from this article's publishing date).

Over the course of the last few months, countless lovers of the Vinci have even retracted their pledges. Well, those who could anyway. Numerous other backers are still stuck in a project where their money has been locked or lost with no word on when this project will take off, if ever. There are even legal parties involved, helping explain to backers that projects like these have no legal obligation to deliver a product.

I haven't done any research to see if the latter statement is true or not, but it still makes me rethink the validity of such campaigns. Better yet, just do some in-depth research before dishing out your cash on anything, be it e-bikes, RVs, cars, dental work, anything. Heck, I'm sure you inspect the eggs you pick up at the supermarket before paying for them; why wouldn't you when dishing out thousands of dollars on other products? Noone to blame but ourselves for such rug pulls. 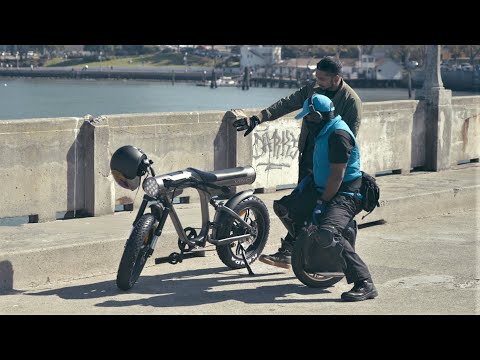