1 Vin Diesel Would Totally Do a Fast and Furious Musical

4 Helen Mirren Gets Her Wish, Mad Drives a Supercar in F9

Born in July 1967, Vin Diesel is one of the highest-grossing actors, thanks to the franchise that made Fast & Furious a household name for Universal Pictures. The man who also played the title character in The Iron Giant, Riddick, and Adrian Caparzo in Saving Private Ryan also happens to be a pretty big car lover, but alas, his daily driver is merely a Chelsea tractor.
82 photos

During an interview with Mike Fernie of DriveTribe, the 53-year-old actor said that a Range Rover is pretty much perfect for driving the kids. Who could blame him, though? The full-size utility vehicle is tremendously luxurious, the rear seats are more than adequate for Hania (13 years old), Vincent (11), and Pauline (6), and even the base 3.0-liter turbo diesel straight-six powerplant with mild-hybrid assistance is sufficiently torquey.

When pressed about his personal collection of cars, Diesel says that one of the perks of playing Dominic Toretto is that Universal Pictures offers him the car of his liking from the most recent movie filmed for the F&F saga. In Vin’s collection, one of the more standout cars is Tantrum, a brutal restomod of a 1970 Dodge Charger with a 9.0-liter Mercury Marine V8 featuring two boosty snails for a simply outrageous 1,650 horsepower.

Be that as it may, Diesel’s favorite car from the franchise isn’t Tantrum or the mid-engine Hellacious from F9. The culprit is the 1970 Chevrolet Chevelle SS from the very last scene of The Fast and the Furious from 2001. That one is arguably the ultimate muscle car of 1970 if specified with the LS6 big-block engine with 450 horsepower and 500 pound-feet (678 Nm) on tap.

If you’re worried about the future of the multi-billion-dollar franchise, fret not because the 10th installment of the two-decade-old saga will integrate a certain number of electrified vehicles without replacing the Mopar, JDM, and tuner backgrounds that made Fast and Furious a worldwide sensation.

Filming for F10 and F11 should start in January 2022 if everything goes to plan, and blockbuster director Justin Lin has been tapped for both sequels. 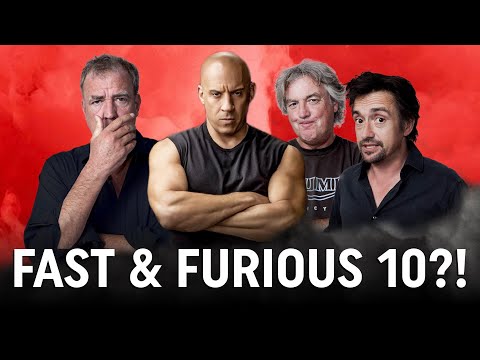