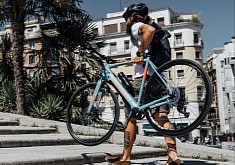 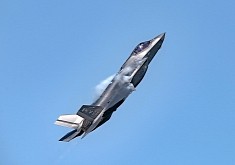 Home > News > Videogames
Stay up to date with the latest racing and driving simulation games on PC, Playstation, Xbox and Nintendo.

31 Aug 2022, 19:59 UTC / World’s most extreme parking experience and the only racing game where the goal is to come to a stop is coming to PC and Xbox on September 14

Arcade Racer Horizon Chase Is Getting a Sequel Next Week, but Only on Apple Arcade

31 Aug 2022, 19:17 UTC / Brazilian developer AQUIRIS announced Horizon Chase 2 will be launched on iOS on September 9, followed by PC and console releases in 2023

30 Aug 2022, 16:25 UTC / One of the most promising rally games, Dakar Desert Rally is scheduled for release on PC, PlayStation and Xbox on October 4

EVE Online’s Next Event Is All About Frigates

30 Aug 2022, 15:00 UTC / A special 2v2 frigate event is coming to Abyssal Proving Grounds this week, so prepare your ships according to the rules of engagement announced by CCP

Rocket League Ends Season 7 With a Bang, All the Rewards Revealed

29 Aug 2022, 15:17 UTC / New Beach Ball, double XP no matter what mode you play, as well as a bunch of boosts for those who’ve already played their ten placement matches

Rockstar Seems Tired of Being Asked About GTA 6

27 Aug 2022, 07:54 UTC / The most recent Twitch streams for Rockstar appear to come with new chat filters, as asking about GTA 6 is no longer allowed

Build and Manage Your Empire in Train Life: A Railway Simulator

Microsoft Flight Simulator to Add Helicopters and Gliders, Airbus A-310, More in November

25 Aug 2022, 17:35 UTC / One of the most-requested features by the community, helicopter and gliders, will be released alongside another important request, the Airbus A-310

24 Aug 2022, 19:14 UTC / Race on the new versions of the Barcelona-Catalunya circuit, unlock new menus in the Café, add new cars to your garage collection

24 Aug 2022, 18:37 UTC / The epic sci-fi city builder is coming to PC in November, a pleasant surprise considering the game has only been revealed last year

22 Aug 2022, 18:09 UTC / Tweaks to the ratings of the F1 drivers are now making their way to the game, alongside fixes to automatic gearbox, tyre temperature and more

20 Aug 2022, 11:40 UTC / Originally launched more than 10 years ago, the first Flashout game has been remastered to celebrate the launch of the third installment in the series

19 Aug 2022, 16:07 UTC / One of the longest continuously produced aircraft in history, the Bonanza, is finally coming to the most popular flight simulator this week

17 Aug 2022, 22:31 UTC / The company apparently wants to bet big on the single-player mode of GTA 6, with several DLCs very likely to be released

17 Aug 2022, 14:06 UTC / Specifically created for veterans of the simulation genre, Destroyer: The U-Boat Hunter promises a level of realism never attained before

15 Aug 2022, 19:04 UTC / One of the best combative motorsport games out there is getting a mobile port later this year, so that you can play it while on the move too