Video: Watch the New BMW M4 CSL Lap the Nurburgring Quicker Than Any Other Bimmer

Cristian Gnaticov
Unveiled last Friday and shown to the audience at the Concorso d’Eleganza Villa d’Este in Italy, the BMW M4 CSL is not only quick in a straight line but also around corners.
9 photos

As a matter of fact, the more hardcore premium compact car is now officially the quickest production BMW on the Nurburgring Nordschleife, having lapped the 20.6-km (12.8-mile) long version of the track in 7:15.677. The noted time for the 20.832-km (12-9-mile) lap, which is the complete one, was 7:20.207, “a new official record in the middle class segment,” said the automaker.

To prove that the M4 CSL does mean business indeed, BMW has released a video that shows the model unleashed at the infamous German racetrack. Shared at the bottom of the page, it is a little over 8 minutes long, and puts the spotlight on what appears to be a prototype judging by the camouflage on the hood, driven flat-out on the said circuit, with a few cameras strapped to it to capture the action.

Don’t go scrolling down just yet, as first, we have to remind you about some of the juicy details, starting with the 3.0-liter inline-six, which features the same M TwinPower Turbo technology as the M4 GT3. This, together with additional upgrades, have unleashed 542 bhp and 479 lb-ft (650 Nm) of torque, directed to the rear wheels through a dual-clutch eight-speed automatic transmission. The 0 to 62 mph (0-100 kph) is a 3.7-second affair, and it can hit 124 mph (200 kph) in 10.7 seconds from a standstill.

Besides the extra oomph over the regular M4 Competition Coupe, the M4 CSL has been bathed in carbon fiber, with more of the lightweight material finding its way inside and out. It has enhanced aerodynamics, the typical CSL branding, dedicated badging to celebrate the M Division’s 50th birthday, and a pair of bucket seats in the cabin. There are no rear seats anymore. Instead, BMW added a net that could secure helmets, for one, as this is a track-ready car, after all.

If you want an M4 CSL of your own, then you’d better secure a build slot as soon as possible, as the production of the spiritual successor of the E46 M3 CSL and M4 GTS will be capped at 1,000 copies for global markets. BMW will kick off the assembly at the Dingolfing facility, in Germany, in July, and pricing for the United States will start at $139,900, excluding the $995 destination. This will make it almost twice as costly as the entry-level M4 Coupe, which carries an MSRP of $72,000 on this side of the pond. The RWD M4 Competition Coupe can be had from $74,900, and the AWD model starts at $79,000. 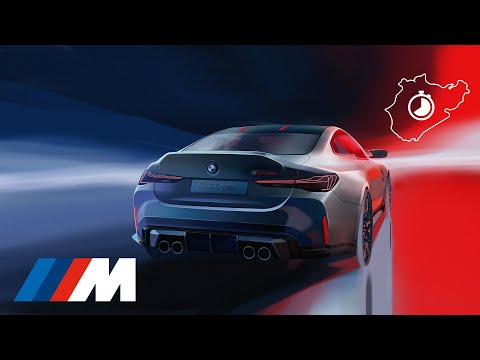