1 Bugatti Caught Lying About the Chiron SS's 0–60 MPH Time, Here's How Quick It Really Is

Video: This Is What the World Looks Like in a Bugatti Chiron at 259 MPH on the Autobahn

A little over a month ago, a Bugatti Chiron was filmed hitting an insane speed on a no-speed-limit section of the German Autobahn. That was, nonetheless, a jaw-dropping achievement, but as you can imagine, some of the viewers demanded a bit more, like uploading the raw footage from the run.
7 photos

Fast-forward to last weekend, and the same YouTube channel, which has Radim Passer behind it, a Czech businessman who owns the French hypercar, uploaded the video, shot through the windscreen using an action camera.

At a little over 3 minutes long, the clip has a very gaming-like flair, but make no mistake, this is as real as it gets. So, how fast did it travel? That would be 417 kph, according to their third-party device measurement, which translates to a little over 259 mph. Did you think it was kind of extreme? Well, it wasn’t, because unlike some of the most extremely quick, multi-million dollar vehicles, the Chiron is more of a GT, built with comfort in mind too, besides a jaw-dropping amount of power and a massive engine.

It is likely that everyone and their pet knows what lump that powers the Chiron, but if you forgot, then it is an 8.0-liter W16, with no less than four turbos. Depending on the configuration, it kicks out as much as 1,577 hp (1,600 ps / 1,176 kW), with this output being reserved for the Super Sport. The longtail model, which is a €3.2-million (equal to $3.6-million) affair on the right side of the pond, excluding tax and options, of course, needs 2.4 seconds to hit 60 mph (97 kph) from a standstill, according to Bugatti, but it is a bit quicker as we recently learned.

Only a few dozen Chirons are still available, yet the exact number is unknown, with the Molsheim automaker stating a few months ago that fewer than 40 were still up for grabs, in the Super Sport and Pur Sport flavors. 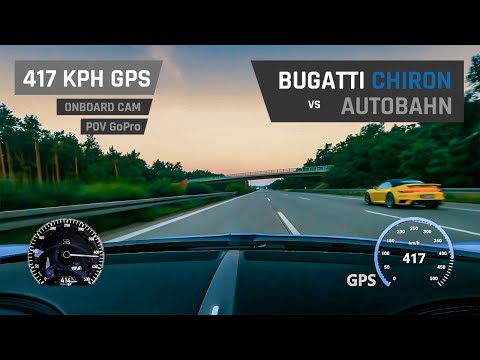