5 A Break for the 1000 Mph Speed Record
Car video reviews:
Up Next

White Motorcycle Concepts have now released a video of the initial rider tests of their ‘revolutionary’ electric-powered motorcycle they plan to take to Bolivia’s Salar de Uyuni salt flat next summer to beat the World Land Speed Record for EV Bikes.
12 photos

According to CEO Rob White, the WMC250EV has just begun the first in a series of high-speed rider trials as they ramp up the development of the machine. The carbon-fiber prototype has already completed a series of shakedown runs at Bruntingthorpe Proving Ground, and now the next phase of its multi-stage testing schedule is underway with runs at high speed.

Should things work as planned, the technology is aimed at attempting to break the British electric semi-streamlined motorcycle record this year.

White calls the WMC250EV the most "aerodynamically efficient motorcycle in the world." The system works by forcing air through the middle of the bike instead of around it, and the concept has also been tested at the Horiba MIRA facility in the UK.

According to the White team, they expect that the WMC250EV is capable of reaching speeds of more than 250mph using a large duct at the center of the bike to force air through the vehicle to reduce aerodynamic resistance by up to 70%.

The first high-speed rider tests proved satisfactory to White, and he said that, although the bike is relatively sensitive to side wind, it’s manageable in testing.

“This bike is solely designed for maximum speed with the absolutely minimum drag, wind conditions for running at high speeds are carefully monitored. Large aero surfaces wrap around this motorcycle to make it as clean as possible when pushing through the air,” White said of the first high-speed trials. “Front and rear wheel loads can be tweaked with the chassis setup to ensure stability. A track variant of this motorcycle would be fairly different to solve the challenges of that application although the drag reduction of the duct would be very beneficial to lap time.”

White added that some have commented on the look of the bike. He says the relatively high-appearing rider position on the WMC250EV is due to FIM regulations which require that the seat unit height cannot be greater than 100mm above the seat face. 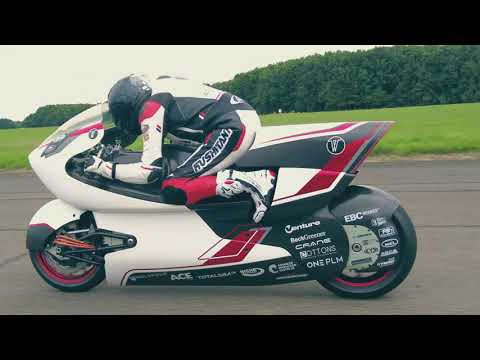 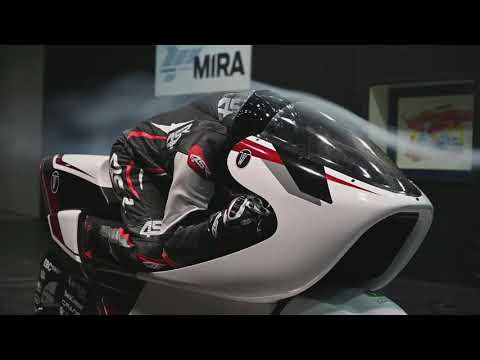