Thanks to their front-engined, rear-wheel drive layouts, great weight distribution, and basic construction, the old Subaru BRZ and Toyota 86 were (and still are) favored by petrolheads all over the world.
9 photos

However, the duo has been renewed, with both Toyota and Subaru presenting the all-new GR 86 and BRZ respectively, co-developed between them.

The new kids on the block boast new everything, from the design, to the tech gear, and engine. And while they might not have the power they deserve, just like their predecessors, they are better overall.

In the BRZ, the boxer engine is just as punchy. And if you were wondering how quick it is to 60 mph, just look at the specs of its GR 86 sibling.

Now, since we’ve reminded ourselves about some of the basics of the two sports cars, it is time to move on to the video that shows both of them in action. Japanese drift king Keiichi Tsuchiya, whom you may remember from our previous coverage, put them through their paces at the Sodegaura Forest Raceway, in the Chiba Prefecture, Japan, in manual and automatic versions.

When the chequered flag dropped, the stopwatch indicated around 1:20, with only a few tenths of a second separating them. But which one was actually quicker? That is for you to find out by hitting the play button on the video that follows. By the way, this would be a good time to place a little bet too. 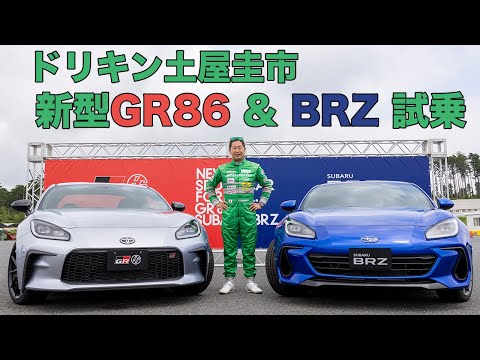