5 The Roborace Car Gets Near-Final Version, Looks Even Better
Coverstory

Daniel Patrascu
On July 12, Daniel Simon’s Robocar will be attempting to make autonomous cars history by climbing on its own the 4.9 percent average gradient hill at Goodwood.
7 photos

Before that happens, the creators of the car that aims to make a racing series for self-driving cars released a detailed look at the technologies that make the car work.

Robocar is a racer that measures 4.8 meters long and 2 meters wide. It has no cockpit as it doesn’t need one and weighs only 1,000 kg. Four electric motors spin the wheels, each developing 300kW, and a battery pack good for 540kW makes the car tick.

To be able to properly map and navigate a course, Robocar uses an array of 15 ultrasonic sensors, six cameras, five LIDAR and two radar systems. All the data collected by them is sent to the brain of the car, made up of a pair of Nvidia Drive PX2 artificial intelligence platforms.

For now, Robocar failed to create the racing series it was meant to create. Initially, the first race in the Roborace series should have taken place during the 2016-2017 Formula E season.

For now, the car tours the world together with Formula E teams and shows its power in the hours preceding the official race. The Goodwood outing will mark its first major appearance in an event not related to Formula E.

“The Goodwood hill climb presents a real challenge for level 4/level 5 autonomous driving systems," said in a statement Sergey Malygin, Chief of Software and AI at Arrival, the company in charge with creating the software needed by Robocar for the Goodwood challenge.

"It is a narrow track with complex geometry. Turns and hills with a great deal of tree coverage mean you can’t rely on GPS / RTK signal for localization. Use of all advanced sensors, including LiDARs and cameras with deep learning based computer vision methods are needed to perform well at this course.” 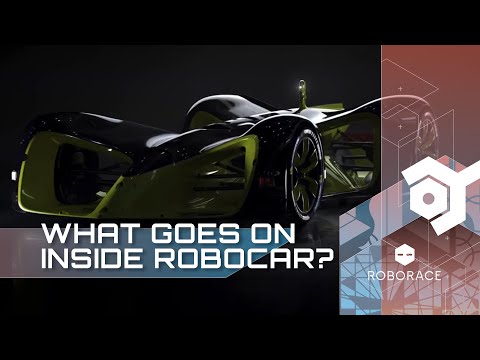