1 Becks Putting his Tricked Bentley Up for Sale
Up Next 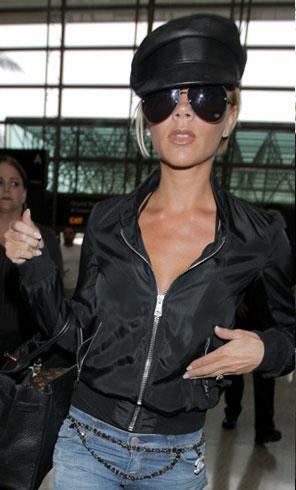 It's hard to think that ever-glamorous and ever-pouty Victoria Beckham, wife of football superstar David Beckham and former singer in the Spice Girls, dreams of getting down and dirty on a bike, but it's the truth.

In a recent interview Victoria confessed her life-long passion for the two-wheeled vehicles. This was after just last week dressed in black leather from head to toe. Back then people thought that she was trying to set a new trend (she does have that power) but actually she was getting in the mood and the spirit of things.

What we didn't know is that her lovely hubby David surprised his darling wife with a course of riding lessons to help her get closer to achieving her dream of looking cool on a bike, as the source said.

The only thing that's been standing in the way of her passion was her career .. and her kids. But since they all took a back seat lately, Victoria seems to think it's time to pamper herself and get into what she's always dreamed of.

And it's even been rumored that Victoria will learn to ride with someone very famous and very skilled, so famous and skilled in fact, that David had to pull some strings to get the starter course for his wife. But don't worry, David has a way with words like no other.

The funny thing is that Victoria is not a bit apprehensive of the whole thing, probably being too scared to ride a 300 pound heap of metal at 200 miles an hour on the interstate. The whole thing was uncovered by British tabloid The Daily Star via an unspecified source.