Vettel Could Dominate F1 for the Next 15 Years - BMW Manager 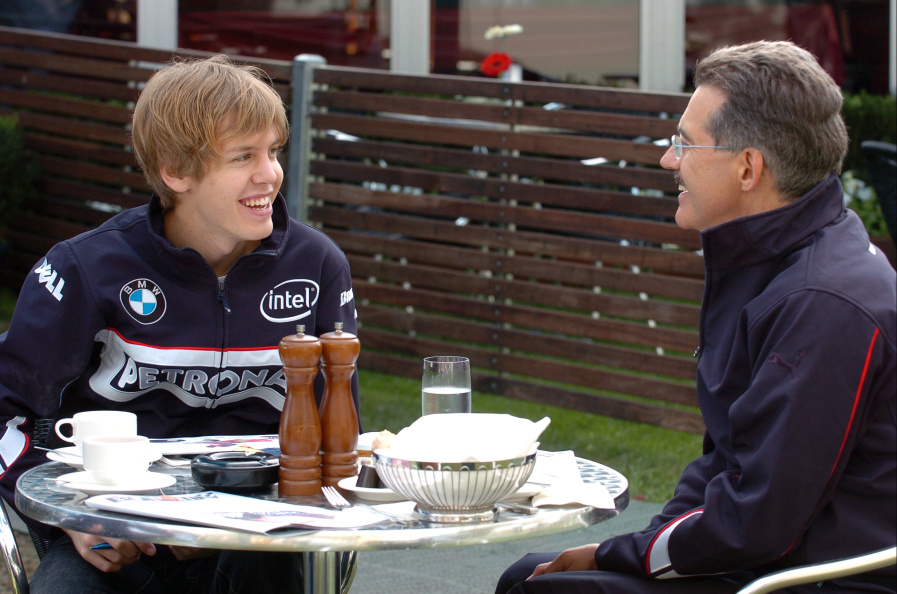 Sebastian Vettel has a decade and a half at his disposal to try and break all the records he can in Formula One. Given that he won his first championship title at the age of 23 and he is already considered a certitude in the Great Circus, rather than a rising star, Vettel could easily build a successful F1 career during the next 15 years, as argued by the very man who guided his first steps into the series.

As most of you know, Vettel's first race in F1 did not happen under the guidance of Red Bull, but BMW. Back in 2007, the German squad needed someone to replace injured Robert Kubica in the US Grand Prix and Vettel was right on the money. The German not only managed a great 7th place on the grid but also finished 8th at the chequered flag (last point scoring position at the time), becoming the youngest driver in the history of the sport to score points, at 19 years and 349 days.

Recalling those days in an interview with Autosport, BMW motorsport boss Mario Theissen praised his former driver and tipped him to become multiple world champion until he turns 38.

“He is a top driver, one of the top drivers in Formula 1 already at 23. If it all goes well, he has another 15 years in Formula 1, so there are quite some championships he can win if the car is right,” said Theissen, adding that very important detail about the car.

“He did a fantastic job - especially in the final four races when the pressure was mounting,” added the German boss, emphasizing the champion-like attitude Vettel had in the late stages of the 2010 campaign, when all eyes were on him and his in-team battle against Mark Webber.

“When it didn't go his way, he kept his cool. Among the four or five title contenders, the youngest one was the one who didn't make any mistakes anymore. That was really, really good,” concluded Theissen.