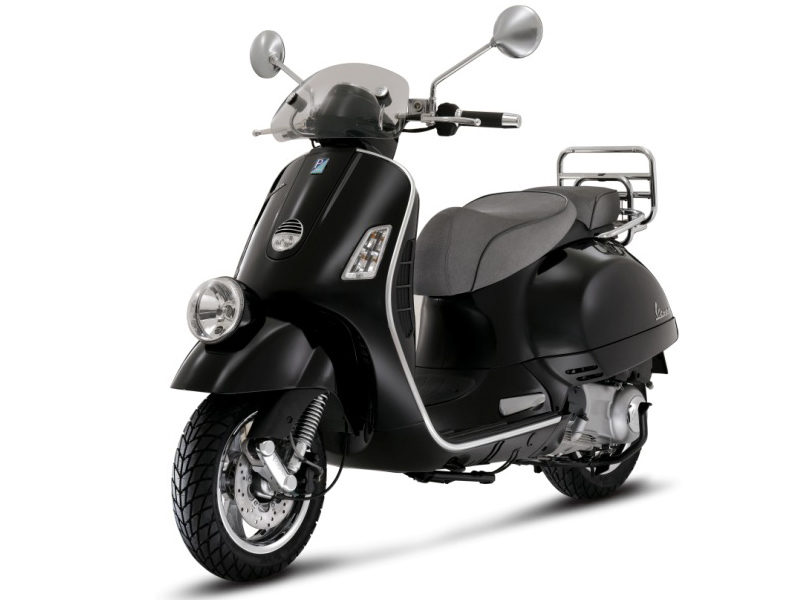 The British division Vespa, the Italian line of scooters manufactured by Piaggio, recently announced details and availability of a new limited edition model. Dubbed GTV Via Montenapoleone, the model in question is the latest Vespa scooter to use the company’s 300 cc liquid-cooled motor.

Performance wise, the 300 cc power unit with electronic fuel injection is coupled with automatic Twist and Go transmission and develops a claimed 22 bhp.

As with all Vespa models, the body of the GTV Via Montenapoleone is made entirely of steel. In terms of design, the new scooter has 50s-inspired styling touches that include a rear rack and side grill, a mudguard-mounted headlight and a split seat.

Other features include a 9 litre fuel tank under the seat, an alarm, chain lock and vehicle cover, as well as enough storage space for a helmet.

“The GTV Via Montenapoleone is the latest version of the Vespa range to host the powerful 300 cc engine. This special and exclusive version of the extraordinarily elegant Vespa GTV draws its inspiration from the world of fashion, art and design, and is called the Via Montenapoleone which references a chic and exclusive shopping district in Milan,” the company says in a statement.

The Via Montenapoleone, named after a Milan shopping district, is expected to sell like hot cakes thanks to its ultramodern design and amazing tractability.

As said, the Vespa GTV Via Montenapoleone is a limited edition, which means you will have to hurry up in order to get one for yourself. Priced at £4,499 (excluding OTR), the scooter is available through selected Vespa dealers.