Home > News > Videogames
3 Nov 2021, 23:19 UTC ·
by Cosmin Vasile
When it comes to flight sim controllers, there are a plethora of options to choose from. However, if you want the most immersive, authentic flight simulation experience. In that case, you’ll have to look carefully at the specs and be ready to pay a small fortune.
8 photos

Revealed several months ago at E3 2021, VelocityOne Flight is one of the most anticipated simulation control systems. Aimed at Microsoft Flight Simulator players on either PC or Xbox, the flight controller is finally available for pre-order.

Designed by Turtle Beach, the same company behind the Recon Controller, which made its market debut back in August 2021, the new VelocityOne Flight promises the most immersive, authentic, and modern Xbox and PC flying experience on the market.

The new controller features a throttle quadrant with a dedicated trim wheel and a realistic yoke with integrated rudder controls. Additionally, the VelocityOne Flight includes an integrated headset audio jack for immersive audio.

Judging by the specs, this could be the perfect fit for Microsoft Flight Simulator fans. With its dual lever and vernier controls, along with 10 programmable buttons and an integrated trim wheel, the VelocityOne Flight is likely to offer players an authentic experience for both light aircraft and heavy jets.

Not to mention that the flight sim controller comes equipped with a status indicator panel where players can see real-time status alerts and monitor essential cockpit, navigation and engine systems and warnings.

As far as the price goes, the VelocityOne Flight controller for Xbox and PC costs just $380. However, it looks like due to overwhelming demand, pre-orders have sold. But don’t fret yet, new stock is expected to arrive on November 14, so make sure to hit that “Notify Me” button to reserve yours as soon as they’re available again. Keep in mind, though, that there’s a limit of 2 controllers per customer, but it shouldn’t be a problem for most gamers. 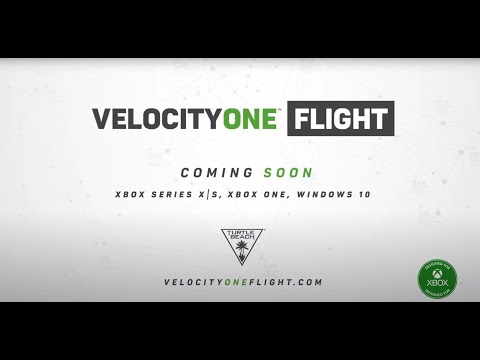