VeilSide Toyota Supra A90 Is Happening, Set To Debut at 2022 Tokyo Auto Salon

The 2022 edition of the Tokyo Auto Salon is closing in, and it appears that the event will bring numerous debuts. On the tuning front, the famed VeilSide is prepping a kit for the A90 Supra, and a few images of it have already been published online.
11 photos

Moreover, the CEO and founder of VeilSide, Hironao Yokomaku, has presented the prototype ahead of the official unveiling. It was showcased in an interview with the folks at Video Option. Sadly, the interview is entirely in Japanese, and the company's website is not up to speed with the latest projects.

Fortunately, we can see what has changed on the black Toyota Supra, as VeilSide's elements are still white. The Japanese tuning house might go for a full respray in Orange, as a nod to its Mazda RX-7 that made it famous across the world. Many years ago, one of the company's projects, based on an RX-7, was showcased in the Fast and Furious franchise.

From there, instead of just being known in Japan and familiar to well-informed enthusiasts of the day, it became a recognized brand.

It is unclear if the Japanese tuners will go for the full orange-with-black accents look, which was cool in 2006, but might be too nostalgic for 2022. If they do attempt the retro paint combo, the A90 Supra already has a clear distinction on its hood where the line between black and orange can be drawn.

The tuning package prepared by VeilSide for the A90 Supra involves a new front bumper with an integrated splitter, a hood with twin vents on its center, a set of front fenders, a set of side skirts, rear fenders, an enlarged rear bumper, and a ducktail spoiler.

We can also spot a set of aftermarket wheels on the prototype, as well as an exhaust system with polished tips. If we take the wider fenders into account, the wheels have received spacers, and the resulting stance might involve a set of coilovers or other modifications to the Supra's suspension.

We should learn more about the VeilSide Supra once it debuts at the 2022 Tokyo Auto Salon. 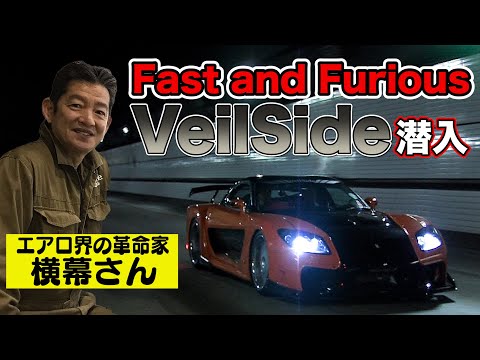