1 Kelly Brook Poses Next to a Hindustan Ambassador: Sexy and Funny

Vanessa Hudgens Talking About a 1967 Corvette Is Sexy

Home > News > VIP
Ionut Ungureanu
In her latest shooting for the Flaunt Magazine cover, fans can admire beautiful Vanessa Hudgens posing in various modes of undress and the unusual props include a dirt bike, fiery red smoke and castoff tires at a truck yard. The Spring Breakers actress also talks about her desire to drive a classic 1967 Corvette.
7 photos

As to music, Hudgens released her debut album, V, on September 26, 2006 which entered the Billboard 200 at number 24, and was later certified Gold. Her second album, Identified, was released on July 1, 2008 in the United States.

However, since these projects ended the 25-year old beauty focused on her acting career. Most recently she starred in Journey 2: The Mysterious Island alongside Dwayne Johnson and Josh Hutcherson. She later appeared in the film Spring Breakers (2013), alongside Selena Gomez.

So seeing all the glossy magazines looking to have her on their covers only comes natural. Called The Distress Issue: Back To School, Flaunt’s issue is currently on newsstands so you’ll probably grab one the next time you step out to run errands.

We, petrol heads, just love the moments when cars and beautiful ladies are put together. And we have to say, the producers of this issue did quite the job with the whole scenario: big rig tires, long legs, toned physique and the star seen chomping on a lollipop next to a big rig. It is a perfect day or what?

And the story won’t just end here. When asked what is her favorite American classic, Vanesa answers she’d definitely enjoy driving a 1967 Corvette. Well, there you go, enjoy! 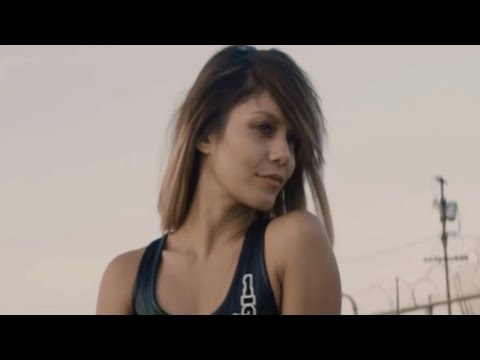