2 Valentino Rossi: "If I Stay in MotoGP, It Will Be for Another Two Years"

3 After VR46 Racing Apparel and GP Rooms, Marquez Breaks Up with Drudi Performance

5 Rossi and Iannone Show Off New Helmets, Stoner Rides at Sepang
Car video reviews:
Up Next

Biking Down a Bobsleigh Track Is Adrenaline in Its Purest Form

Aside from being probably the most popular motorcycle racer of all time, Valentino Rossi is also the oldest rider in MotoGP. Today, The Doctor turns 37, and retains his spot as the oldest rider in the premier class.
1 photo
Born in 1979, Rossi followed in the steps of his father Graziano, who was also a motorcycle racer. In fact, Valentino was born in the very year his father achieved his first 250cc GP win at Rijeka, the former Yugoslavia.

Ten years later, young Valentino started racing mini bikes and got his first regional title the next year. It was only in '93 when he raced the first proper motorcycle, a Cagiva Mito 125, a bike he rode to an Italian Sport Production Championship title in 1994.

He debuted in Grand Prix races in 1996, using the same race number as his father - 46 - and claimed his first GP win in the Czech Republic round, with 2001 bringing him the first 500GP world title, with a Honda motorcycle. Rossi maintained a winning streak for the next two seasons with Honda, even though the class displacement went up and the 500GP became MotoGP.

In 2004, Rossi tied his name to Yamaha and won no less than four championships until he decided to give Ducati a try in 2011 and 2012. After two fruitless seasons with Ducati, Rossi returned to his former team and finished the next championship in the 4th position, with the last two as a runner-up.

He makes no secret of the fact that he is eyeing his tenth world title and that he will be focusing on improving his performance. His next chance to make amends for his bike and riding style is this week, during the second IRTA test of the year, at Phillip Island, with the first outing scheduled for tomorrow.

“After a few days of rest and working out at home, I'm ready for the second test of the season in Phillip Island. I‘m very happy to test our bike at the Australian circuit. The temperatures will be high and this will be a good opportunity to gain other important data about the new tyres and the electronics. The test in Malaysia went very well for Yamaha. We still need to improve but in general I was very satisfied about the behaviour of the bike.

“Yamaha worked really hard during the winter and I‘m eager to test the bike at another track such as Phillip Island, where we usually are pretty fast. We have to stay focused. Our rivals are working a lot and already from the Australian Test many things can change. I feel good, I‘m continuing the physical preparation and it will be very important to return at the front immediately on track. We want to continue the work begun in Malaysia and continue testing new material and improve the bike for this season,” Rossi declares. 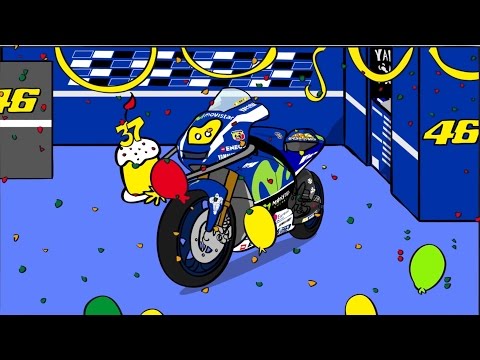