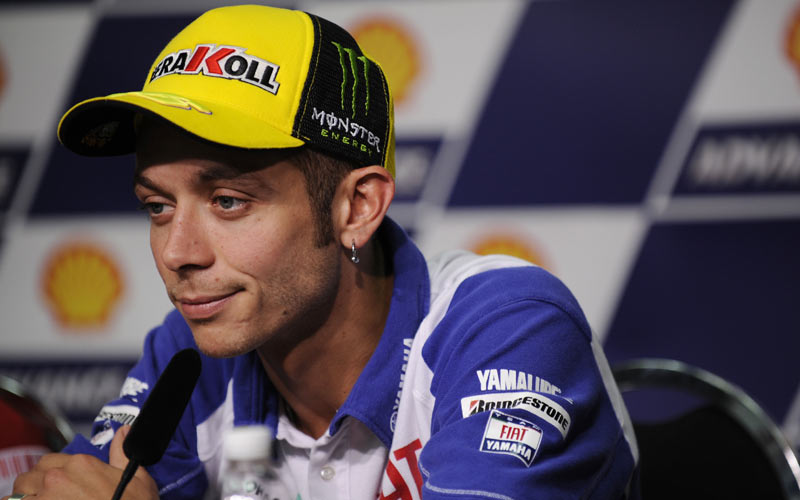 Valentino Rossi finally left the hospital following the leg surgery he underwent after the crash he suffered in the final practice session of the Italian Grand Prix last weekend. The 7-time MotoGP champion left the Centro Traumatologico Ortopedico in Florence, Italy at 3:30 PM this afternoon, and is reportedly on his way to his home.

According to a report from Autosport, the Yamaha rider was taken to a helicopter by ambulance and will be flown to Cattolica, where he will meet with another series of doctors in order to figure out his recovery scheme for the future.

As you all know, the Italian rider crashed heavily last Friday and underwent surgery from Dr Roberto Buzzi during the course of the weekend. Additionally, he was operated again on Monday, with the doctors confirming for the media that everything went according to plan.

Although it was initially believed his time spent recovering and outside MotoGP action will be limited to approximately 6 weeks, it is now believed the Italian rider will not hurry his return in the series and will consequently take longer before making his 2010 comeback.

“I've re-watched the crash and it's ugly, but it's even uglier when watched on top of the bike. I immediately realised I was injured, and to see your foot slightly detached from the leg wasn't a great feeling. It was a difficult time, with fear, but little by little it went better, and I feel quite okay now,” had said Rossi in an interview with Italia 1 TV station following his first operation last weekend.