1 F-35 Lightnings Fly Like They Mean Business, Can You See That Pilot Wave?

2 F-16 Fighting Falcon Comes in for a Refuel and a Close-Up, Nails Both

Unlike most of the other militaries in the world, America’s has long understood that a good public image can do wonders for the nation, on two fronts: first, it can attract the most talented of hands and brightest of brains to the armed forces, and secondly, it can do wonders to deter whatever enemy might be lurking in the shadows.
9 photos

Of all of America’s military branches, the Air Force (USAF) is the most present in the public space, constantly keeping the world informed on what it’s up to, where, and in case of need, even how.

Later this month, the USAF's efforts to make itself a constant presence in our lives will get a major boost thanks to the release of the long-delayed Top Gun: Maverick movie (May 24 in the U.S.). We already know to expect a wealth of Navy-bred military aircraft coming into the spotlight, and Tom Cruise to return in the pilot seat, but the movie was too good of an advertising opportunity for the Air Force to pass on.

So, it devised a new commercial, which will run in theaters during the projection of the flick. Titled “Own the Sky,” it’s about a minute long, and features in extraordinary settings and stances all of the most potent hardware the USAF currently fields: Raptors, Lightnings, Warthogs, Ospreys, and Spirits.

They all come together, says the USAF in a statement it released along with the video (check press release section below), to show interested parties “what it might feel like to be on the receiving end of the Air Force’s might,”

The ad even gives Russia and other potential enemies a subtle poke, stating that “The Earth is 70 percent water, and 30 percent land. But the entire sky… belongs to us.”

You can watch the breathtaking action and hear all that in the clip attached below. 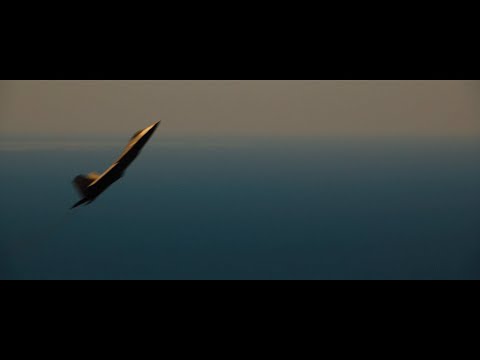