People are "wired" to want what they cannot have, and petrolheads are no different. One of the most common desires amongst European car owners is fitting U.S.-style lights on a European car, and some Americans do the opposite.
5 photos

We are not going to question why some people do this, and we will refrain from stating our opinion on this conversion. From what we understand, people that fit U.S.-style turn indicators on a car that is in Europe or somewhere else than the USA go through the hassle because they like the look of the result.

Just like their European counterparts, American car owners that fit their vehicles (usually European models) with Euro-spec indicators also do it for the styling. As we wrote in the first paragraph of this article, we think it happens because people want what they cannot have. Also, this modification does change the way a vehicle looks, especially for some models.

We decided to make a small guide to walk you through the steps needed to perform such a conversion on most cars. We are referring to modern and classic models, but remember that the guide only applies to vehicles that were sold in the same design on both U.S. and European markets.

Otherwise, the conversion process is just a “delete” of the U.S. “parking lights,” or an implementation of that system into a car that was never sold in North America.

Before you start shopping for parts, you should look into local laws regarding lights and turn signals. Some states, counties, and countries have extremely strict regulations when it comes to illumination systems, so it may be illegal to do this in some places.

It would be ill-advised to perform a mod on a vehicle that will lead to getting a penalty every time the police sees your ride, especially when it does not bring an improvement in how that vehicle operates.

In some cases, the European headlamps offer superior performance, but it has nothing to do with the “city lights” placed in the lamps instead of the turn signals. Instead, it is linked to the lenses used by the headlights, along with their bulb configuration (i.e., H4/H7, etc.). Where did Europe and the U.S. start to have different lights?
Most of you are probably wondering why two standards of headlights simultaneously exist. The root of this predicament commenced in the 1940s, when American authorities standardized sealed beam headlights to solve unsealed or unstandardized headlights of those times. Unfortunately for Americans, the legislation did not evolve at the same rate as cars, so the standard became obsolete by the 1970s.

Eventually, regulators began to feel the pressure of the automotive industry that involved fitting smaller and more aerodynamic headlights, and they modified the standard. However, while Americans did get better headlamps out of this, their systems were not as good as those sold to Europeans. The differences between them remain even in today’s world, in spite of modern technology and globalization.

American standards require DOT or SAE headlights, while European vehicle requires units that have "ECE approval," which is also known as “E-code.” The latter is adopted and allowed in every other country around the world, except for Mexico and Canada, where the U.S.-style headlights are allowed.What are U.S.-style lights and Euro-style lights?
While it is easy to spot the American version of a car, the differences go further than the amber reflectors that are mandatory on vehicles sold in the USA. The most important difference between these two standards is the “amount” of glare that can reach other drivers on the low beam settings, which is higher for American DOT standard.

You can also spot a set of side markers, also known as corner markers on U.S.-style headlights, as well as yellow parking lights. European cars also have to have rear fog lights as mandatory fitment, which also increases the complexity of the swap if a vehicle is moved from one continent to another.

Other differences include the angle that the headlights are aimed, as well as self-leveling for European cars. Both systems could offer disappointing performance in some cases, so it depends on the automaker if the resulting car is good enough not just to meet the standard at hand.What do you need for a conversion on a classic model or an older car?
If you own a classic car that was available in both the USA and Europe in the same format, you are in luck. All you have to do is find a set of headlamps of the type you desire, and then proceed to install them. Fortunately, the electrical system works on the same voltage for both systems on the same kind of car, so severe modifications will not be required.

However, fitting amber side indicators could become a serious hurdle, as some of them are integrated into the bumpers. Because of that, the bumpers will require cutting, or even replace. The entire procedure will become rather expensive because of this.

Remember to check the fuses for the supplementary bulbs fitted to the amber indicators, which will require attention. A few relays and fuses might be needed to complete the job, depending on model and maker.

Be sure that the wiring is sound, and that the entire electrical system operates correctly before and after the modification. You must also be aware of the need to fit a different standard of bulbs to the headlamps, as they might not be the same for the U.S. and European lights. Once the installation is complete, go to a professional workshop to adjust the headlights to their correct settings for your car and market.What steps should you undertake on a recent model?
In the case of modern cars that were sold in the same format in Europe and the USA, their headlights are probably already prepared for such a conversion, but that does not apply to all makes and models. They will require “coding,” which means that the person that does the modification needs to have a computer with dedicated software to change particular settings through the OBD II port.

Do not try to do this yourself if you do not have any experience in this field, as the electrical system might get damaged if the wrong settings are applied. Once everything is sorted, remember to check if the lights are aimed correctly, and this is another job for a professional workshop.

In a way, it is easier to do this on a modern car than on an older vehicle, especially if parts for the latter are scarce. Avoid fitting knock-off lights to your vehicle at all costs. They might not comply with either standard, and you risk generating too much glare towards other drivers, which could lead to an accident.

Always make sure you buy the correct bulbs for your vehicle, and be confident that they have been correctly installed. Messing with the electrical system of your automobile could lead to a potential short-circuit, which can lead to a more serious fault or even a fire. Never improvise when installing things on your car, because the result might be inferior in quality to what your manufacturer has provided.

Below, you will discover a few videos that show what coding a different standard of headlights means to a modern vehicle. These are just an example to show what kind of work goes into these modifications. 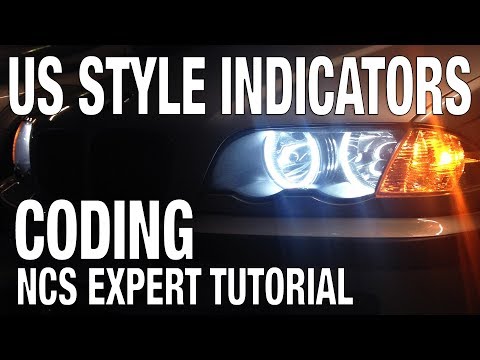 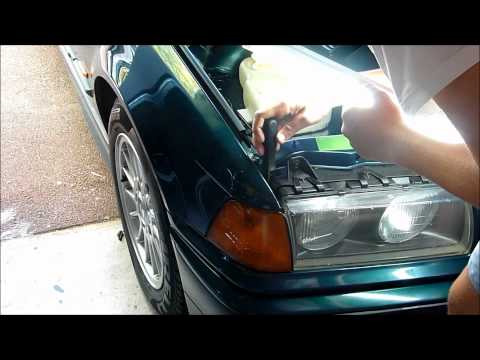 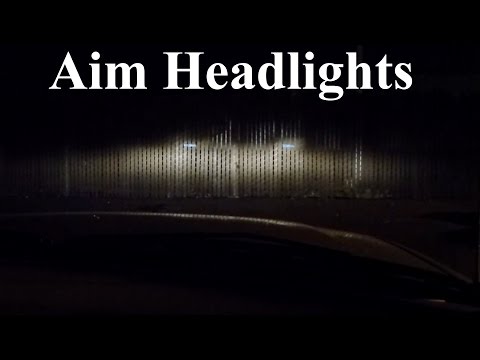