2 Turbocharged Cessna Skylane Goes Back in Production, Deliveries Start in 2023

Back in September of last year, the U.S. Navy awarded defense contractor Textron a contract for the delivery of drones capable of performing maritime intelligence, surveillance and reconnaissance missions. Textron responded with something called Aerosonde.
8 photos

The Navy’s request was to have a drone capable of being launched from the guided-missile destroyers (DDGs) it operates. For that to happen, the first integration had to be achieved, and that was announced this week.

Using an Arleigh Burke-class guided-missile destroyer deployed with the 7th Fleet as a base, the first Aerosonde for the Navy’s DDGs took flight, opening up a new world of possibilities for ships that lack aerial assets of their own.

"This flight for Aerosonde represents the expansion of the platform’s real-world maritime mission," said in a statement Wayne Prender, Senior Vice President of Air Systems at Textron.

“The system’s long endurance capabilities make it an ideal platform for maritime ISR operations; search and rescue; and many other missions providing the U.S. Navy with enhanced real-time situational awareness at any time, anywhere.”

The Aerosonde, examples of which have amassed some 500,000 hours of flight time already, can operate day and night while carrying video equipment, voice comms, networking, radar, or automatic identification systems.

The thing is small enough to fit in tight spaces, coming into the world with a wingspan of just 12 feet (3.7 meters). It is powered by a Lycoming heavy-fuel engine and can travel for as much as 140 km (87 miles) on a single outing.

There are two versions of the Aerosonde made, the Fixed Wing, which launches and is recovered using a special rig, and the HQ, which can take off and land vertically, thus eliminating the need for rigs and runways.

The U.S. Navy plans to deploy the second Aerosonde on its destroyers in the near future. 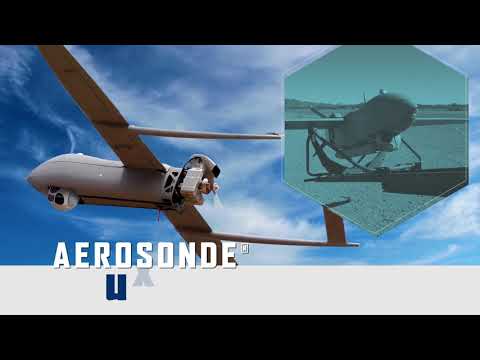