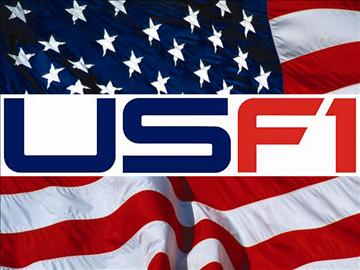 Formula One newly entry US Grand Prix Engineering (US GPE) have announced their primary sponsor for the upcoming season. And it doesn't come as a shock to anyone, since the statement was actually a confirmation of the latest rumors surrounding YouTube co-founder Chad Hurley.

The team announced via a statement that Hurley signed a multi-year agreement with the North Carolina based outfit to “provide visionary guidance and corporate strategy expertise.” However, it was not mentioned whether the 33-year old has signed the sponsorship deal on his behalf or the YouTube video-sharing website is also part of the equation.

It's no news that the famous website is in no good relationship with Bernie Ecclestone's Formula One Management – the FOM currently holds the commercial rights of Formula One, including video coverage.

“Getting in on the ground floor of a project of this size and scope is a tremendous opportunity, and I look forward to helping shape the US F1 vision and corporate strategy for years to come,” said Hurley in the press release.

US GPE co-founders Ken Anderson and Peter Windsor were also enthused with the prospect of having Hurley by their side in their maiden F1 season.

“Bringing in a businessman with his level of credentials, and experience in developing and fostering a vision for startup companies, is an honour, and we look forward to taking on the formula one challenge together in 2010 and beyond,” said Anderson.

“Chad's commitment to this team is vital and his visionary expertise and leadership will help steer us into the future as we look to attract best-in-class sponsors, drivers, employees and fans in our quest to compete at the highest level of motor sports,” added his British colleague.