1 Gwyneth Paltrow Takes Her goop at Sea With Celebrity Cruises

2 For the 2021 Solar Eclipse, Book a Cruise to Antarctica With Quark Expeditions

4 The Ultimate Luxury: A Phone App to Order Champagne on Board a Cruise Ship

5 World’s First Hybrid-Powered Cruise Ship Is on Its Maiden Voyage
Car video reviews:
Up Next

Up to 7,000 People Held on Cruise Liner Over Suspected Case of Coronavirus

An Italian cruise liner is staying docked at an Italian port and every guest on it is barred from getting off because of a suspected case of the new and deadly coronavirus.
5 photos

Ongoing reports say that there are between 6,000 and 7,000 passengers on board the ship, Costa Smeralda from the Costa Crociere cruise company. Lab results denying or confirming the presence of the new virus should come in later today (January 30), The Telegraph informs.

The measure to temporarily quarantine everyone on board came after a 52-year-old woman from Macao, China started showing mild flu-like symptoms. Both she and her husband have been placed under observation in the medical section of the ship, but she is the only one showing any symptoms. The British publication says she has a fever and breathing difficulties.

The couple boarded the cruise liner on January 25 in Savona, Italy, and have traveled on it to Marseilles, Barcelona and Palma de Mallorca. Their whereabouts prior to that date have not been made public yet. The ship is now docked in Civitavecchia, where it will be quarantined for at least 2 weeks, if coronavirus is confirmed.

The novel coronavirus started spreading from the city of Wuhan, China, from a local market dealing in live animals. It’s just been confirmed that it can be passed from man to man and, so far, it has killed 170 people and infected over 7,800 in 20 countries in total. India and the Philippines are the most recent to confirm cases of the coronavirus.

Ernesto Tedesco, the mayor of Civitavecchia, tells Euronews that the situation is under control, despite the fact that many passengers on the liners have taken to social media to complain that they haven’t even been properly briefed on what is happening.

“From this morning I am in continuous contact with the health and maritime authorities that have immediately activated,” the mayor says. “We are following all the protocols planned and we keep constantly monitored the case.”

Because many people are still confused about this new and deadly virus, for which there isn’t treatment yet, here is a video explaining it better. No, it is not the “Corona beer virus.” 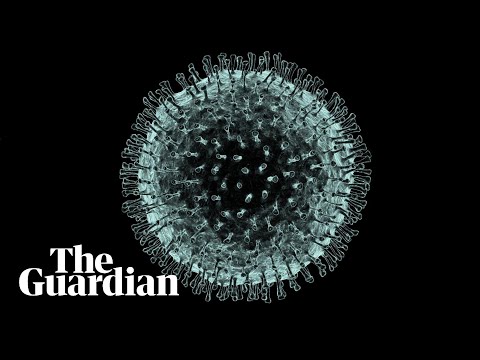