2 BMW Claims Another Victory on the Nordschleife

4 This Is BMW's Own Gumball Rally with M6 Gran Coupes

Gabriel Nica
This year’s Gumball 3000 edition will kick off in less than a month, on June 4th to be exact. The start will be in Miami and the finishing line will be crossed in Ibiza, on June 11th.
1 photo
The course will take the racers from Miami to Atlanta then up to New York, over the Atlantic to Edinburgh, UK from there onwards to London, Paris and Barcelona, before reaching Ibiza for a huge party.

The theme for this year is Miami Vice and every contestant is trying to do his own thing. Amongst the drivers you’ll be seeing Jens Byggmark behind the wheel of a specially prepared BMW Z4 GT3 by West Coast Racing.

None of that really matters though, once you get to actually see the thing. Gustav, from GTBoard.com had the chance to film it in 4K and we’re the lucky ones that get to show it to you, in turn. Enjoy! 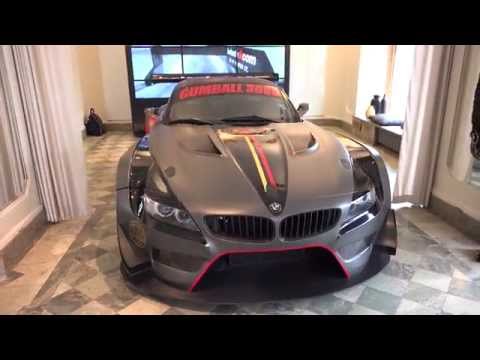