Born and bred as a subcompact model between 1966 and 1991, the legendary Toyota Corolla evolved into the compact leagues with the advent of the seventh iteration. Now, in its twelfth generation, it’s a veritable sales champion.
16 photos

As far as deliveries are concerned, Toyota can easily put its Corolla nameplate even above the record-breaking Ford F-Series because the compact Japanese is the all-time best-selling nameplate on a global level. But once you are at the top, they say one can only go down.

That is not entirely true because, with arduous work and a little bit of flair, you can always hold on to the crown. That is easier said than done, but so far Toyota has done a wonderful job of keeping the Corolla at an exceedingly high level of ownership enthusiasm across twelve generations. But, as they say, the latest one is still starting to grow a little long in the tooth.

After all, available with three body styles (hatchback, sedan, and station wagon), it hit the market way back in 2018 and a four-year period is already like an eternity for this hungry automotive market. Alas, Toyota did keep things fresh, most recently with the stunning GR Corolla hatchback for North America and the subtle nip and tuck (plus AWD hybrid powertrain) it awarded to the 2023 model year.

Still, some folks believe this will not be enough, eventually. For example, the host of the AutoYa info channel on YouTube has recently imagined the first look (complete with color choices) of a possible 2024MY refresh which could bring forth a lot more visual updates, both for the interior and exterior.

Sure, there are not a lot of details to go with – Toyota has not allowed any rumors to swirl around, no spy shots were flaunted by our spy partners, let alone there are no official teasers just yet. On the other hand, the channel’s pixel master had some neat ideas based on the recent prototypes and Toyota’s latest new models. 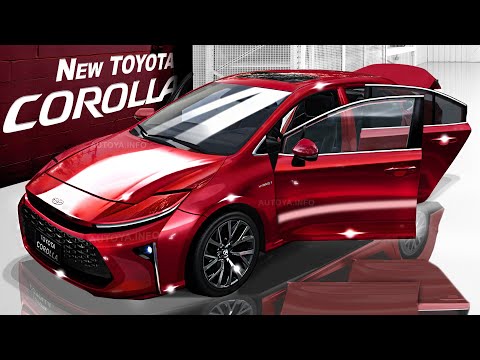