4 Subaru Legacy Concept to Be Displayed at Detroit 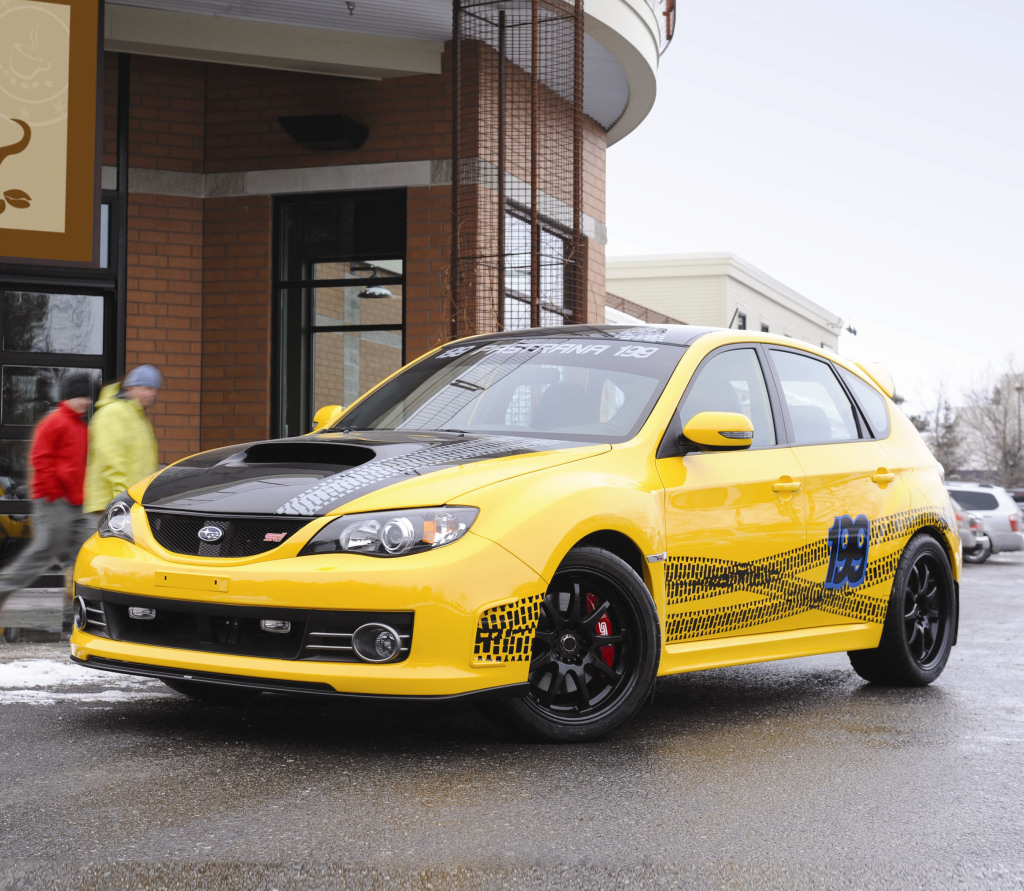 The WRX STI has unique the carbon fiber hood and carbon fiber rear wing. The Sport Mesh Grille is available for all WRX STI owners, as is the STI front chin spoiler and the exhaust finishers . Under its custom carbon fiber hood, the WRX STI is equipped with a number of modifications including a performance-tuned ECU and custom Down Pipe to unleash a bit more power from the DOHC 2.5-liter intercooled turbo Boxer engine. A turbo boost gauge facilitates tuning. The SPT billet aluminum battery hold-down and billet aluminum oil cap are rendered in the trademark SPT blue color.

Travis Pastrana was born in 1983 in Maryland. He began driving for Subaru in 2003 and since then won nine X Games Gold Medals including two X Games Rally competitions. In 2008, the Gimp, as he is known, took part in the Colin McRae Forest Stages Rally, a round of the Scottish Rally Championship centred in Perth in Scotland. He was one of many celebrity drivers to take part in the event in memory of McRae, who died in 2007.