Unique Bugatti Chiron “Hellbee” Shows Up in Monaco, Gets All the Attention

You’d think a Bugatti Chiron is, in and of itself, enough of a supercar to make you stand out in the crowd, but that doesn’t apply to Hezy Shaked, the owner of the “Hellbee.”
13 photos

The “Hellbee” is the unique Bugatti Chiron that is able to stand out among an entire fleet of Chirons. The video at the bottom of the page proves it: it’s a rare sighting of the “Hellbee” at the Bugatti Tour in Monaco, in September 2019.

The video was shot by Supercars on the Streets on that occasion, but only posted to YouTube earlier this month. That said, even if the “Hellbee” has been around for some 3 years, it’s still makes for a visually startling (and opinion-dividing) appearance.

Delivered to businessman Hezy Shaked in August 2017, in San Diego, California, the “Hellbee” was the first Bugatti Chiron to make it to America. It already came in the yellow and black color theme, which extended to the interior, but Hezy wanted it to stand out even more.

As you probably know, Hezy is a passionate supercar collector. At the time, his garage was already home to a Ferrari LaFerrari, a Porsche 918 Spyder, a Lamborghini Centenario Roadster and a McLaren P1.

More importantly though, his previous car was a Bugatti Veyron Vitesse L’Or Rouge, aka the “Hellbug,” two of which were only ever made. He wanted the Chiron to bear a connection to the “Hellbug” and somehow be even cooler – and there’s only one way to do that, by making it a one-off.

Protective Film Solutions saw to that by taking the black and yellow Chiron and wrapping it, thus creating the “Hellbee.” Despite the resemblance to Bumblebee from the Transformers universe, the custom wrap is meant to resemble the “Hellbug,” specifically through the artwork on the hood.

The unique wrap job aside, the “Hellbee” is completely stock. So what you’re seeing in the video below is a $3 million, 1,479 hp supercar able to do 0-62 mph (0-100 kph) in under 2.5 seconds, in a very eye-popping color combination. Whether it’s a classy one or not is entirely a matter of personal taste, but it sure is attention-grabbing. 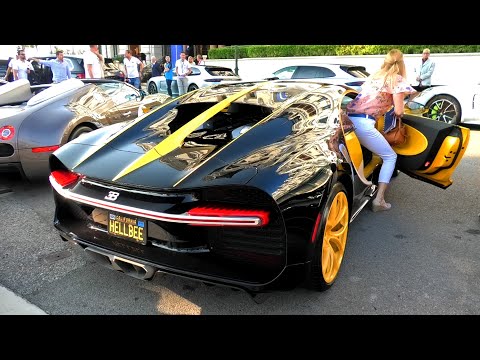 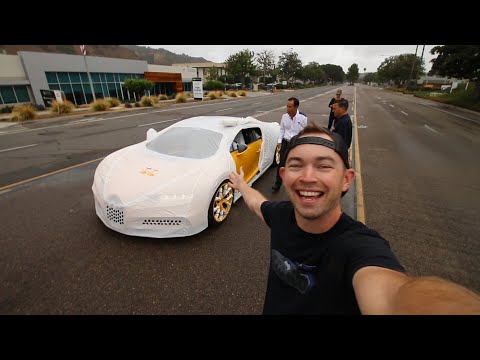