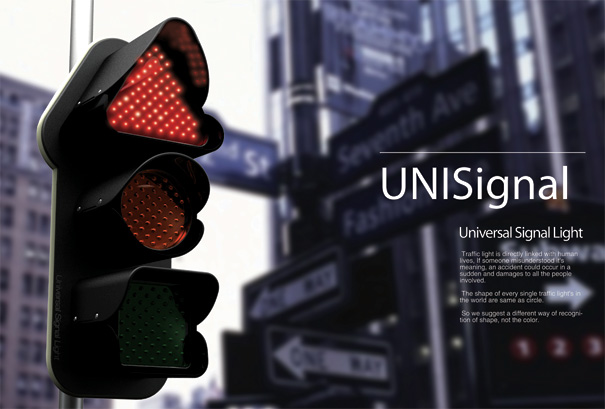 Authorities on one hand and companies involved in the auto industry on the other struggled in the last decades to make traffic safer for those with eye problems, including color-blind people who can't even get behind the wheel of a car. The biggest problem has always been the traffic light colors and even if some countries have made the first steps towards supporting new projects, only a few of them actually made a significant progress in this matter.

The solution however might be entitled Uni-Signal, a project proposed by Yanko Design. Uni-Signal, an acronym for Universal Signal Light, is based on a simple idea: every single color will come with a unique standardized shape and thus allow color-blind people understanding the significance of the light at any given moment.

As you can see for yourselves in the adjacent photos, there are three available signals, just like in a regular traffic light: triangle-red-stop, rectangle-amber-stay, round-green-go. This way, a color-blind driver can spot the shape of the signal even from a bigger distance and thus act accordingly. At least, this is how it all sounds in theory...

However, such a project could stir lots of questions and there's obviously plenty of room for improvement.

First of all, some people are claiming that color-blind drivers can already notice the color not only by the position of the signal but also because the traffic light colors are 100 percent red and green, each color being especially mixed with another tone to become easier distinguishable from each other. In addition, adopting a new traffic light system would take months, or maybe years in some countries, and would be costly which, in the current economic conditions, is somewhat unacceptable. A traffic light consisting of 3 round lights is easier to manage, as the same design for all three pieces means lower replace rates, repair and maintenance costs. 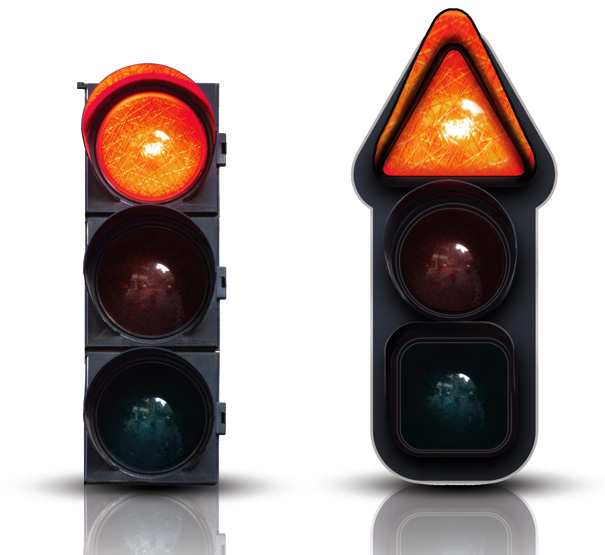 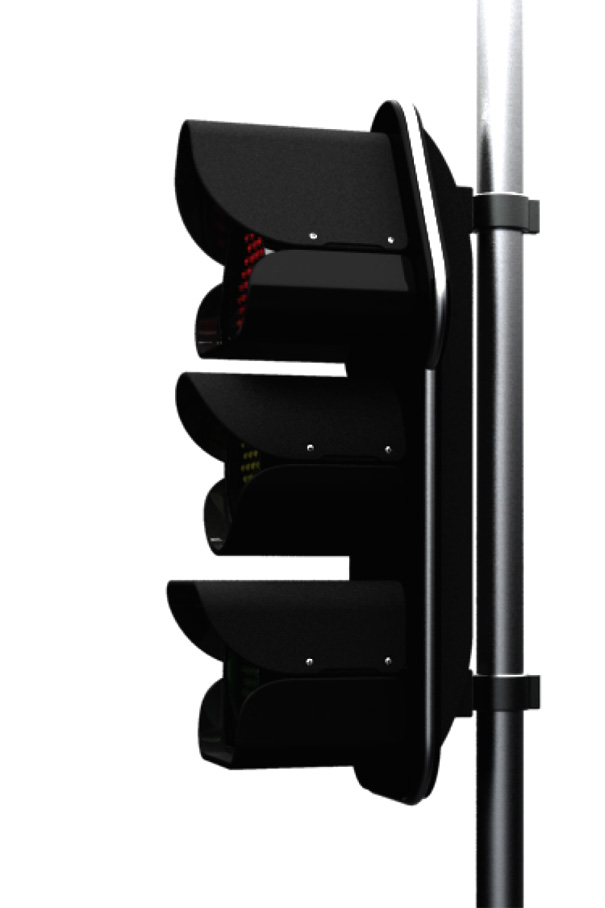 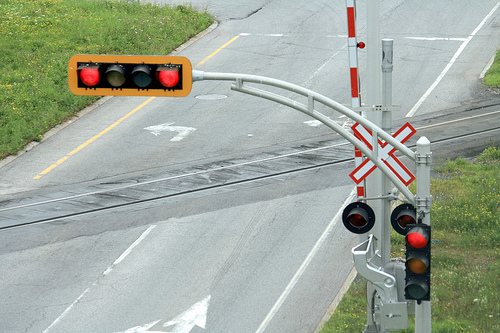 Still, there are a few things that could bring this idea closer to reality.

Using the triangle as a stop sign doesn't make much sense, as some color-blind drivers could believe that it's actually an arrow that doesn't require them to stop. From this reason, an octagon would be more useful, especially if taking into account that such a shape is also being used on the stop traffic signs.

Secondly, the use of LEDs or newer technologies for this kind of systems could make them a lot cheaper and thus easing periodic replacement and maintenance. Plus, a one-piece traffic light, with a single light bulb that would illuminate the whole assembly and its shapes, would also cut costs.

A similar project is already being used in the province of Quebec, Canada, while other countries across the globe chose different designs, such as arrow signs for green or simply the text “STOP” for the red color.