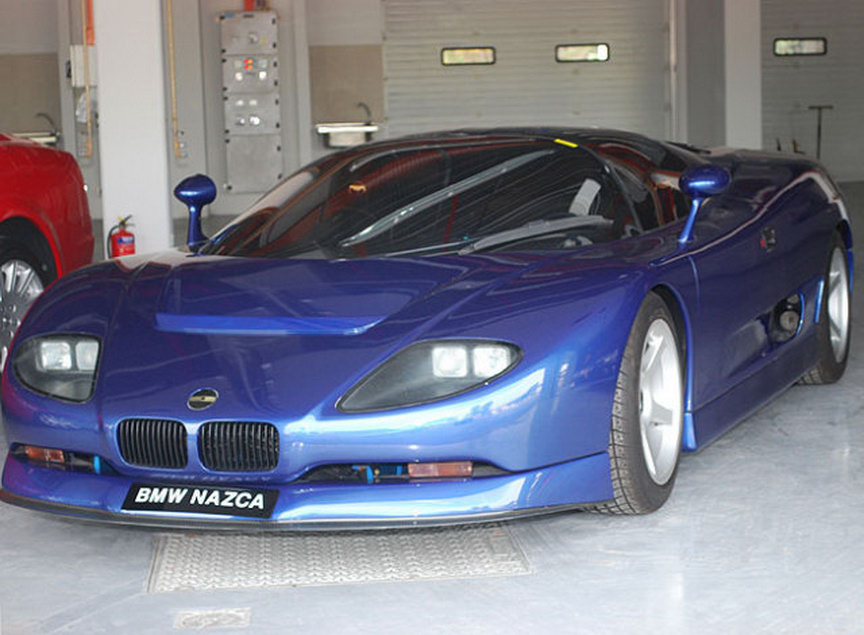 One of the most interesting concept cars that never turned into reality in the 90s is the ItalDesign series of BMW Nazca supercar studies. This was the work of Giorgetto Giugiaro who was also responsible for BMW’s production M1.

There were only three ever made, starting with the Nazca M12 which debued in 1991 and was followed in by a more hardcore version called the Nazca C2 in 1992 and an open-top Spider C2 model in 1993.

Giugiaro had already styled BMW’s first modern supercar, the 1978 M1, so his newer model was clearly a natural evolution of that. Both cars shared the same BMW ‘kidney’ grill, low profile and mid-engine layout. Unlike the angular-lines from the seventies, Giugiaro gave the M12 a completely round greenhouse. Unfortunately, this also meant that split doors had to be fitted because the compound curve of the glass was too steep for conventional ones. Italdesign also fitted the entire greenhouse with mirror-finish tint.

But we haven’t grabbed your attention with that stunning picture just to talk about concept car history. The news we are bringing you is that one of the Nazca concepts has been put up for sale by a dealer located in the Czech Republic. The car seen here is based on the body of the 1991 Nazca M12 but features an Alpina-prepped 5.7-liter V12 engine (sourced from the 750i / 850i of the era) producing a meaty 379 horsepower. This translates to a respectable top speed 326km/h (202 mph).