1 The Vello Titanium e-Bike Is the Lightest in the World, Has “Unlimited” Range

5 Tuck Bike Is the World’s First Bike With Folding Wheels, Compact as a Suitcase
Up Next

Elena Gorgan
It takes guts to call your product “the ultimate e-bike” and “the best e-bike in the world,” but GoCycle is determined to prove that this isn’t just empty talk. Here is one way to getting more people to try out the G4.
15 photos

The G4 is one of the entries in the fourth-gen lineup launched by GoCycle in the spring of 2021, alongside the G4i and the top-of-the-line, limited-edition G4i+. While the G4 is the entry-level option, it is still a premium product, designed and built with a focus on quality, performance and perfect adaptability to city riding.

The G4 is called the “ultimate e-bike” and the “best e-bike in the world” in marketing materials for a very good reason: it aims to and, according to numerous industry accolades and a lot of satisfied customers, succeeds in delivering the perfect city bike. That would be an e-bike that is lightweight but reliable, powerful but intuitive to use and easy to maintain, sleek and beautiful but still very practical.

As of this week, the G4 is also a tad more accessible – at least for potential riders in the United States. GoCycle is offering it at an $800 discount throughout the month of October, and it could be the perfect warmup for the gift-giving season, especially if you’ve been keeping an eye out for one. “Gocycle hopes the limited-time offer helps to encourage more people to transition to healthy and sustainable two-wheel electric transport,” the company explains.

So, instead of paying $3,999 for the G4, you can get it for $3,199 until October 31. GoCycle is also offering 0% financing options now with the same goal: to make its products more accessible.

Richard Thorpe, former McLaren designer, and the Gocycle designer and company founder, reckons that “there has never been a better time to start your electric journey.” If the financial aspect is not an issue, he might be right: the G4 comes with the all-new G4drive drivetrain, a composite mid-frame and carbon fiber single-sided front fork, GoCycle MotoGT-inspired tires, connectivity and Bluetooth, and fast charging.

The G4 is a folding e-bike that takes seconds to fold down for easy transport, it’s lightweight enough to be carried onto public transport or up flights of stairs, and has a decent range of up to 65 km (40 miles), just perfect for your daily commute. 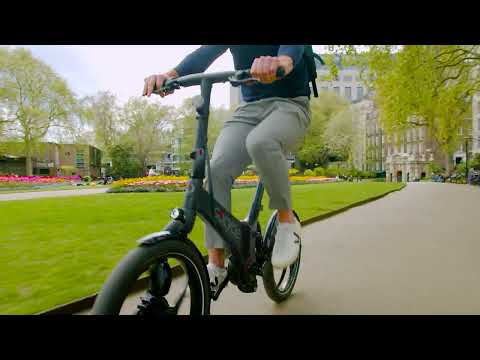