3 People with Hemianopia Are Not Safe to Drive, Study Finds
Up Next 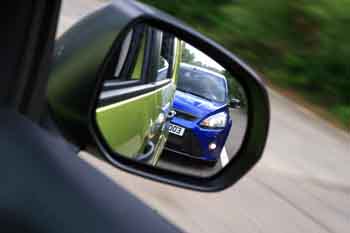 For most of us, it’s impossible to face traffic without shouting, swearing or giving the finger a few times on our way to the office. There’s not much respect left in the world, and that’s sometimes the reason people fight in the middle of intersections. But what are the most annoying of all the driving habits?

Britain’s ICM conducted a study on behalf of Kwik-Fit and discovered that 66 per cent of the 1,000 drivers questioned said that tailgating is the number one gripe for UK drivers. Apparently there’s nothing more annoying that having someone else’s car close to your backside. The runner up was “failure to indicate” voted by 62 per cent and dangerous overtaking voted by 57 per cent.


Kwik-Fit customer services director David White said that the "root of frustration" drivers feel for these annoying habits lies in the potential danger they represent.

"Many accidents are caused by aggressive driving - whether it's people driving too close to the car in front, dangerous overtaking, or jumping traffic lights," he added. "Motorists need to remember that these aren't just annoying, they put the safety of all road users at risk."