5 How About Recharging in the Time It Takes to Refuel?
Coverstory 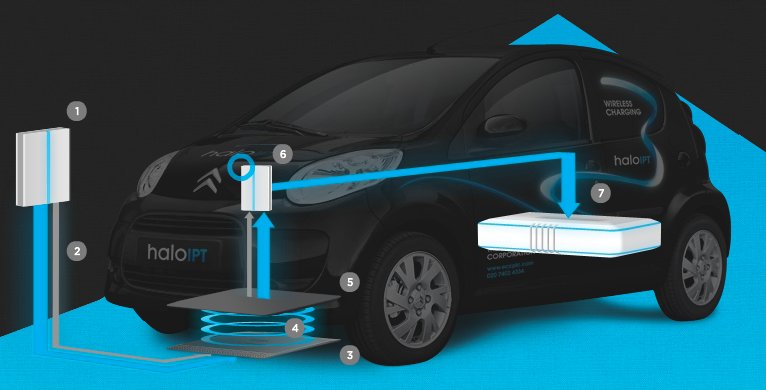 As the electric vehicle era seems to be getting closer a bit sooner than expected, every manufacturer out there tries to adapt its range of products in order to keep the pace with the EV era arrival. As the car manufacturers are definitely doing their part of the job, the only thing left to improve is the infrastructure, which must be gradually adapted to the new technology.

But a company in the United Kingdom hopes to eliminate that shortcoming... one day. With plans to demo wireless car charging technology at the upcoming Frankfurt Motor Show in September, Neil Butcher of HaloIPT, a British company, has recently explained the potential of the technology they are currently testing.

The whole concept revolves around the idea that EVs can be fitted with a special electromagnetic conduction charging plate on their underside, along with some interactive hardware inside the vehicle, which can then interact with special charging plates located on the ground when a vehicle is parked over them. All a driver needs to do is simply align the car over the plate and the rest happens automatically.

The driver will be notified of a successful hook-up trough light indicators inside the car, and that is it. There is an obvious potential for reduced unsightly chargers especially in public spaces. For the long term, Butcher envisions the possibility of building a conductive strip directly into the roads, practically allowing infinite range of travel without having to stop and recharge the vehicle. Normally an ambitious project like this requires massive infrastructure changes and substantial costs, but it might be a a long therm solution for many countries to adopt.