4 Porsche Type 64 to Be Displayed at the Allure of the Automobile
Car video reviews:
Up Next

In 1939, the eve of World War II saw mankind on the brink of abyss. The leaders of the age, especially the ones in Germany and Italy, plunged the world into the worst catastrophe of modern times.

Type 64: A World War II Ambition That Became the Ancestor of All Porsches

There are many connections to be made between Berlin and Rome in that era, but there’s one you don’t hear about very often, and it’s called the Porsche Type 64, aka “Berlin-Rome-Wagen”.

It’s clear that Hitler didn’t do many great things, but the desire to conquer the world meant that he needed technology by his side, together with the support of the people.

So it was around the 1930’s when he cam up with the concept of providing a car for the people, one that masses could afford. Soon, the production of the so called KdF-Wagen (people’s car) begun. Interestingly enough, none of the over 300,000 people who ordered and payed for a car ever received one, as the factory where the models were supposed to be produced, switched to military production immediately after the invasion of Poland.

Separately and at about the same time, following the success achieved in collaborating with the Auto Union in the mid 1930s, when Porsche designed a race car that managed to set world records, Ferdinand Porsche realized that the idea of creating a racing car for the roads was suddenly possible. Not to mention that the previously designed KdF-Wagen would provide a good starting point, mechanically and financially.

Fast forward a couple of years and Ferdinand Porsche was tasked with designing and building a new sports car to race in the 932 miles (1,500 Km) Berlin to Rome endurance course, that was supposed to take place in September 1939. That moment in time was the beginning of something special, something that has spoiled us over the next 80 years with pure breed sports cars and thrilling sensations, a moment that made Porsche cars possible. And it all started with the Type 64.

With the liberty to follow his vision, Porsche designed the car to be as light and as aerodynamic as possible. A body that was made from the lightest aluminum they could find, and crafted with access to the latest military technologies available at the time, the car looked completely different than the usual vehicles of that era. As if the design wasn’t futuristic enough, the wheels were also covered with removable alloy panels, a good way to reduce turbulence and maximize top speed, as the car though road legal, was still intended to race.

Deciding to put the engine in the back meant that there was a shift in the center of gravity of the car, a trick that was meant to provoke oversteer. The concept was somewhat new, and although the concentration of mass on the rear axle caused to car to have a more “slippery end”, an experienced driver could use it to his advantage. The car had an air-cooled flat-four that produced around 32 HP, how bad could it get anyway?

The 985cc engine was shared with the KdF-Wagen, but some trickery in the rear axle was made for the Type 64 as the car was lighter and more aerodynamically efficient. Porsche decided that a 1:3.45 rear axle was the one to use for this car, opposed to the 1:4.47 in the KdF-Wagen, which pushed the maximum speed of the car to an impressive 107 MPH (173 kmh) at 4,000 RPM.

Three models were produced in total, one of which was destroyed in an accident at the beginning of World War II. Because of the outbreak of the war, the Type 64 never participated in the endurance race and ultimately became the property of the German Labor Front and the Porsche family, but it sure did start something, a legacy that brings joy to petrol-heads even to this day.

There’s a story that in 1945, American soldiers seized one of the cars and rode it for several weeks until the engine failed, and the car itself was actually disassembled.

In 1947, with the war now over, Ferdinand Porsche’s son Ferry, who was very enthusiastic about his father’s work, partnered with Giovanni Battista, also known as Pininfarina, to recreate the Type 64, as this car marked the beginning Porsche vehicles.

They eventually restored the first model, the one that was damaged in the accident, with Pininfarina working on the body and Ferry dealing the engine (restored in Gmünd, Austria). There’s a rumor that Ferry Porsche himself applied the badging on the car’s nose, setting the  blueprint that later created great automobiles and created a cult of its own: many regard Porsche as being the ultimate driving experience even to this day. 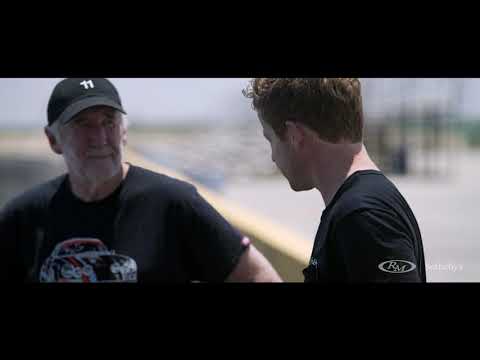