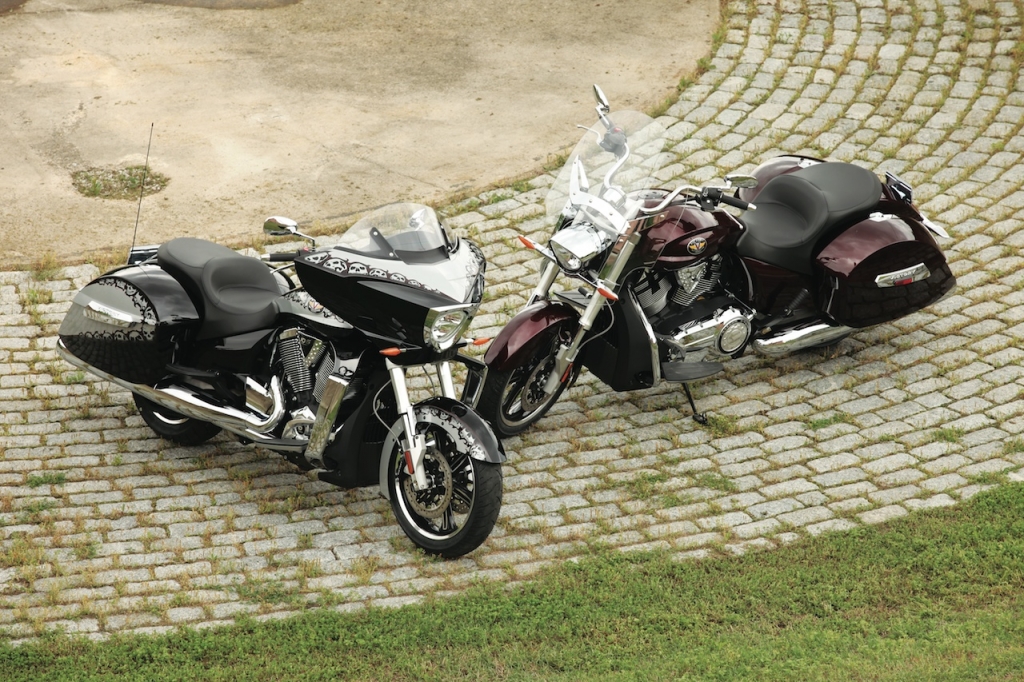 The design of the new Cross Country and Cross Roads models has been influenced by the CORE concept bike, which was displayed at the New York International Motorcycle Show.

Both bikes are destined for long journeys and are built on the same two piece aluminium frame, using a 106/6 V-Twin engine. The 106 cubic-inch (1,731cc), SOHC, four-valve, fuel-injected twin develops 92 horsepower and 109 pound-feet of torque.

The engine is coupled to a six-speed transmission, while the final drive is a maintenance free belt drive. Both the Cross Country and Cross Roads models are said to have the lowest seats and dry weights in the high displacement cruiser class. 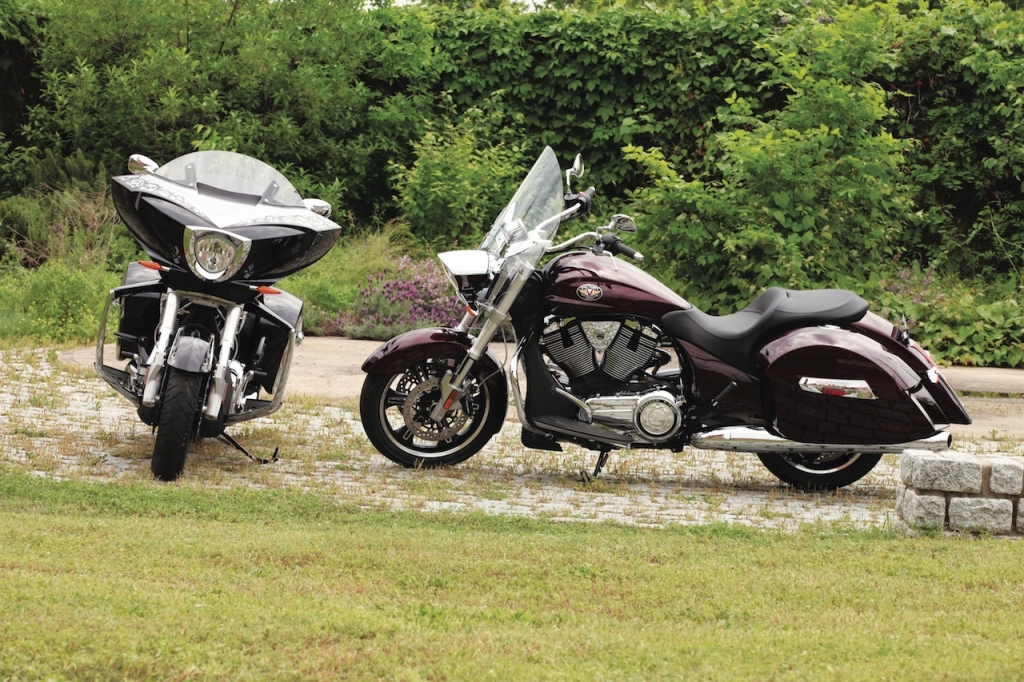 The handlebars on both bikes can be rotated to the height the rider prefers, and the adjustment can be made on both bikes without removing anything. They each have a 5.8-gallon fuel capacity and the same 43mm upside-down fork and a central, adjustable air monoshock.

According to Topspeed.com, the braking system consists of two 300mm discs and four-piston calipers at the front, while at the rear there’s a single 300mm disc on which acts a two-piston caliper.

The Victory Cross Country model starts at $17,999, while the Cross Roads comes with a $15,999 MSRP. That makes Victory’s latest additions to the cruiser range quite a threat for the $16,999 Harley-Davidson Road King.