Less than four months have passed since Evolution Performance set their 8.46-second quarter mile record with the 2013 Shelby GT500-based “Green Goblin”, and the guys over at JPC Racing kicked in to improve the benchmark by a whooping 0.44 seconds.
1 photo
Using a 2011 Ford Mustang fitted with a Precision 76mm turbocharger, JPC Racing managed to come away with a 8.02-second run at 170 miles per hour (273.5 km/h) at the NMRA World Finals in Bowling Green, Kentucky. Other tweaks that contributed to this performance include JPC fuel system, heads and camshaft, a BMR suspension, and a Powerglide transmission.

Scroll below to watch the video and stick around for updates. It should take too long for a fifth-generation Mustang to go into 7-second territory. 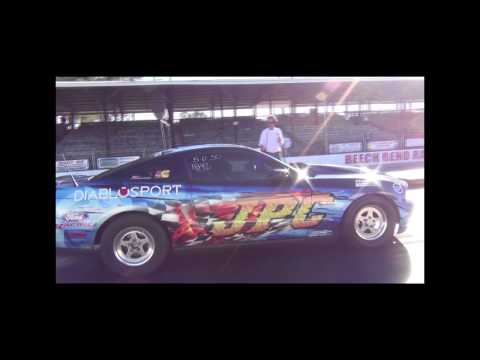