Having Nightmares? Check Out the Mansory Cabrera, and You Won’t Sleep Anymore

Coming from a legendary fourth generation, the Toyota GR Supra reinvented itself with help from Bavaria’s wonder-company, BMW. So, it could be said that when an Mk5 Supra races a muscle car it’s a case of Japan plus Europe against America...
15 photos

Of course, the Supra nameplate is much beloved in the United States as well. And we always like to point out that diversity always makes for a greater experience, both in general and in this particular case. As far as the automotive realm is concerned, this drag race is not necessarily about the age-long battle of America vs. Imports, but rather about a personal score.

We have grown used to the Jmalcolm2004 account on YouTube and its more personal take on the world of drag racing. Instead of huge venues with tens of vehicles and thousands of spectators, we are usually presented with an intimate venue and a handful of supporters.

That probably means that everyone knows everyone at this little drag strip. But don’t think those wonderful things don’t happen there. Just like in a fictional town riddled with all sorts of “superheroes,” a lot is going on here in real life as well. From ten-year-olds winning big in daddy’s SUV to copiously modified old school muscle doing anything for the win – even blowing the rear window during the race.

One can imagine that it’s easy to have big egos in such cases, and this allegedly happens with this encounter between a nitrous-prepared Toyota GR Supra and a supercharged Chevy Camaro. The German Japanese coupe is probably the same one we’ve previously seen fighting both older and newer GM representatives, so it comes with that moral advantage for this rematch.

By the focused look of the Camaro driver, though, one could easily assume this race is going to be explosive, and it sure looks as if both vehicles gave out their best – up to the point of self-sacrifice. Luckily, there was no need for that, and everything turned out just fine... for the supercharged contender, with the Camaro narrowly snatching the win. 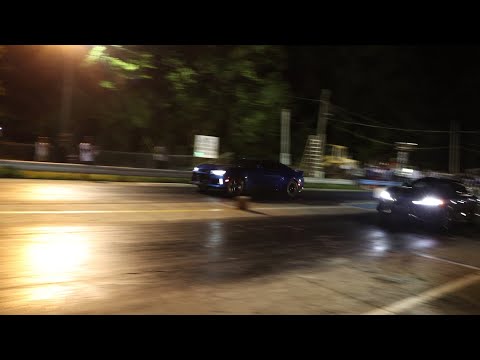