Filmed at the Texas Motorplex, presumably not long ago, the Ram 1500 TRX in question and the Tesla Model X Plaid put their money where their mouths are and raced each other. The quarter-mile battle is presented towards the end of the video embedded at the bottom of the page, and it is definitely worth a look.

Those who know their cars might argue that the balance definitely tilts in favor of the zero-emission vehicle. After all, it has a dizzying amount of power available via the right pedal and the instant torque advantage. Moreover, it has proved itself multiple times against other fast machines, and it managed to beat some big names while doing so.

Moreover, the black example in question features a set of drag radials on its feet. And that’s not all, because the video uploader claims that it boasts a forced induction conversion too. You can somewhat hear what seems to be the turbo, but since we’re not convinced by it, we will take this information with a grain of salt. That said, this is the part where we invite you to scroll down and hit the play button to see which one was faster. 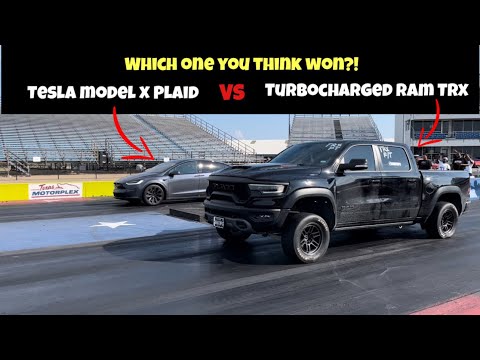