Is the Infiniti Q60 a match for the mighty Nissan GT-R? Well, not exactly, not even when it comes to the most agile variant of the sports coupe, which enjoys no less than 400 hp via the right pedal, and the first iteration of the R35.
7 photos

Now, it is obvious that the balance tilts in favor of the Godzilla in a straight-line sprint, only the Infiniti depicted on video down below is said to have been tuned. As a result, it is much quicker. At this point, you might be expecting to find out about the output, torque, and maybe the new zero to sixty time. But you shouldn’t get your hopes up, as we have no idea just how powerful and fast it is.

Thus, the two are quite evenly matched, and ultimately, it all comes down to the two drivers, and how skilled they are. That said, we won’t spoil the outcome, as you'll have to scroll down and hit the play button to find out which one was faster. And you won’t need to take a break for it either, as the clip is only 47 seconds long. 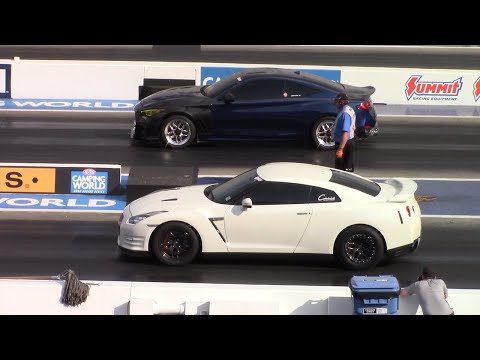