1 Ken Block Gets To Drift the Audi RS E-Tron GT, the Electric Car Fights Back

It may not be the prettiest, fastest, nor the most powerful electric vehicle out there, but the Audi RS e-tron GT does have enough oomph to give anyone an adrenaline shot. As for the pictured example, which is also depicted on video at the bottom of the page, it has been visited by the tuning fairy.
10 photos

Made famous by Auditography, who traveled to Poland’s capital city Warsaw to shoot it, the zero-emission super sedan immediately stands out next to its run-of-the-mill siblings thanks to the body kit made by Maxton Design. It adds a new chin spoiler, fatter side skirts, and rear diffuser.

Contributing to the head-turning looks are the wheels that measure 9.5x22 inches at the front and 11.5x22 inches at the rear. Signed by Turismo, the alloys feature carbon fiber blades and fill the arches very nicely, especially with the KW air suspension installed. Last but not least, the car sports a 3M charcoal satin black wrap. 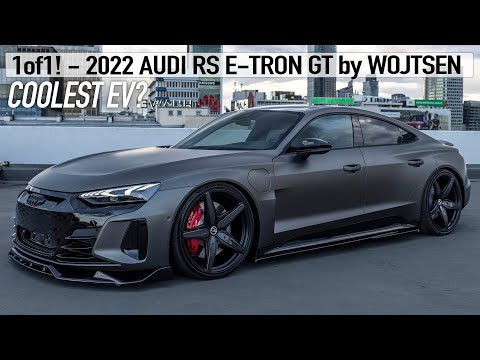