4 Future Collectables: Germans Cars from 2010 - 2019 That Could Be Modern Classics

The BMW M2 is one of the greatest cars the Bavarians currently have on offer, if not the greatest. It sits at the lower end of the M scale, but don't let that fool you: if driving dynamics is what you're after, then this is the M car for you.
40 photos

People were quite upset when BMW announced it would not continue the wonderful 1 Series M Coupe past its first generation, a decision that seemed to make no sense at the time given the rave reviews the car everyone tried very hard not to call "M1" received. Then the M2 came along and all was once again good with BMW.

You're probably wondering what it is about the M2 that makes it so wonderful. Well, it's the last car you can buy that preserves the spirit of the original M models. It's got a no-nonsense rear-wheel-drive architecture with a six-speed manual transmission (a seven-speed auto is also available) and a straight-six engine producing 370 hp. More expensive and exclusive versions such as the Competition or CS will bring that up to 410 hp and 450 hp respectively, but 370 hp is a perfectly decent figure for a sedan this size.

All this may explain why the M2 is held in such high regard, but it still doesn't clarify why US President Donald Trump took the time to express his opinion on the German sports sedan. Well, despite all the crazy stuff he's done, I think we all know Trump didn't review the M2 of a mildly successful YouTuber. What made this possible is his rather unique voice and way of talking that makes impersonating him so simple. Still, the sketch would have been pretty dry if it weren't for the bang-on jokes that seem to come one after the other, starting with the camera used to film the "review."

As you watch this, try not to make this about politics and just enjoy the humor. Or don't, if it's not to your taste. And if, for some reason, you feel offended, nothing is keeping you from making a similar clip about any politician you want. Actually, make sure to send is a link, we'd love to see it. 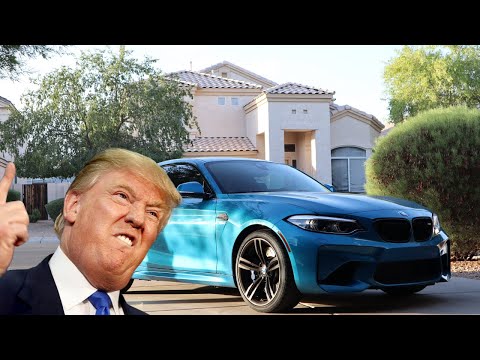